Projections Update: Cardinals One Game Away

Share All sharing options for: Projections Update: Cardinals One Game Away 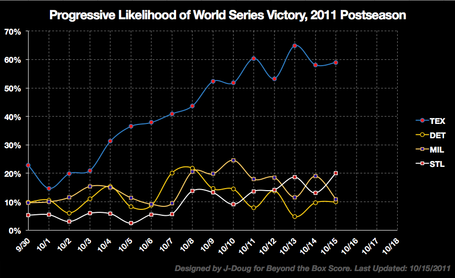 The St. Louis Cardinals, laughably out of contention in August, are on the verge of being the sole National League representatives in October. With one win against the Brewers in Milwaukee--a 68.2% possibility--the Cardinals will return to the World Series for the third time in eight seasons. 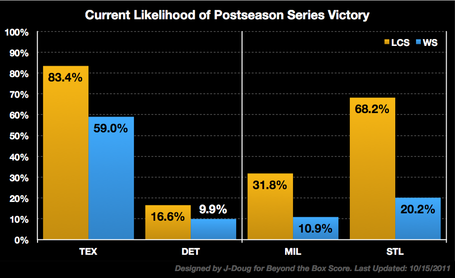