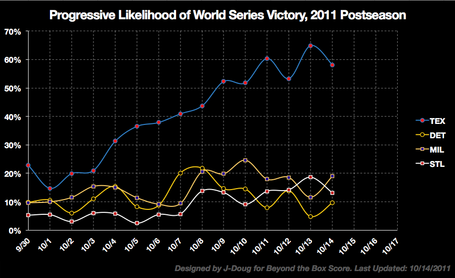 The Tigers and Brewers needed wins last night to force a sixth game. They got them. For the Brewers, this means they have a 55.6% chance to win it in front of the hometown crowd. The Tigers, on the other hand, need to win two games in hostile territory, a 16.6% feat according to our system. 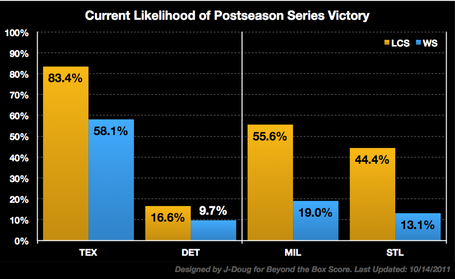