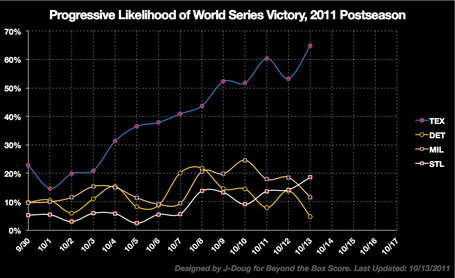 The Rangers' World Series chances are healthier than ever, and the Tigers are hanging on by a thread, but perhaps the biggest news is that the St. Louis Cardinals are—for the first time this postseason—the favorites to represent the National League in the Fall Classic. 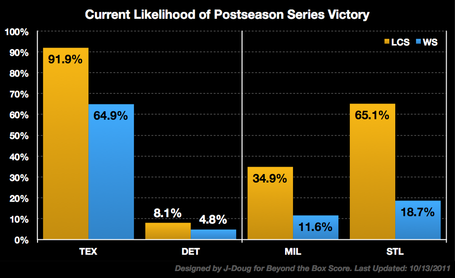