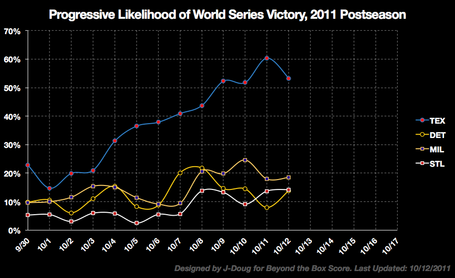 The Tigers won their first game in the 2011 American League Championship series and, in so doing, dealt the Rangers their first loss in a week and a half. With this win, Detroit improves their World Series chances to 6:1. 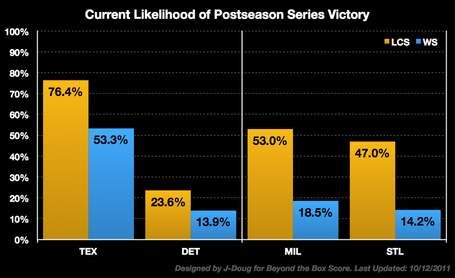