Who Gets the Scoop? Major League Reporters, Ranked.

Share All sharing options for: Who Gets the Scoop? Major League Reporters, Ranked. 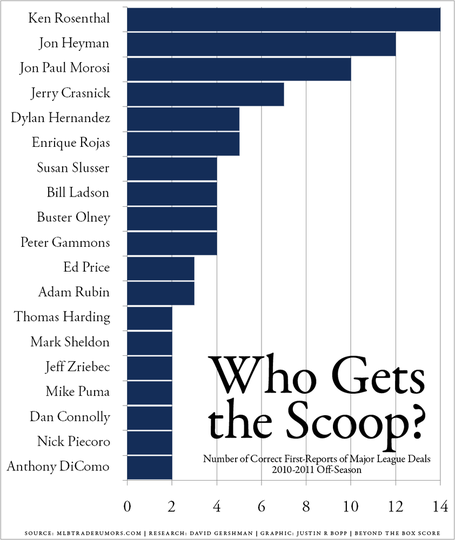 Ever wonder if there were standings ranking America's best baseball reporters?

Wonder no more. This actually took a few hours, but I've compiled the standings of Major League deals broken to the public by reporter by scouring MLBTR, crediting the first reporter to correctly break a story about a Major League deal during this off-season, with a minimum of two. Minor League reporter rankings are currently in the works.