It's been just about a month since I first introduced the SaberCard concept. Based on the awesome feedback from the BtB readers, I produced another iteration to correspond with BtB's Top 50 players over the next five years. Still, you stat geeks were clamoring for more stats. So, version three of the SaberCard aims to do just that. Today, I bring you a more stat-heavy SaberCard for David Ortiz. 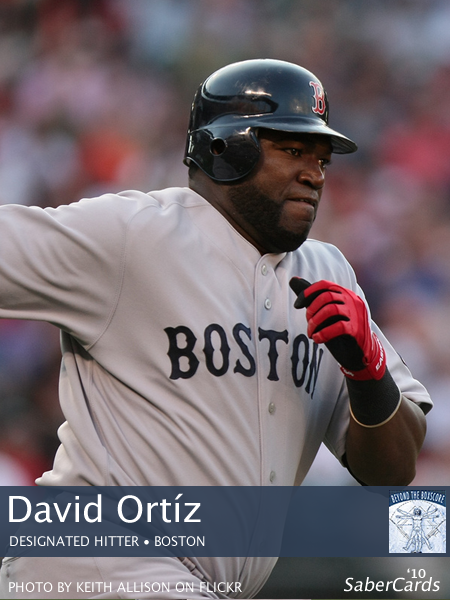 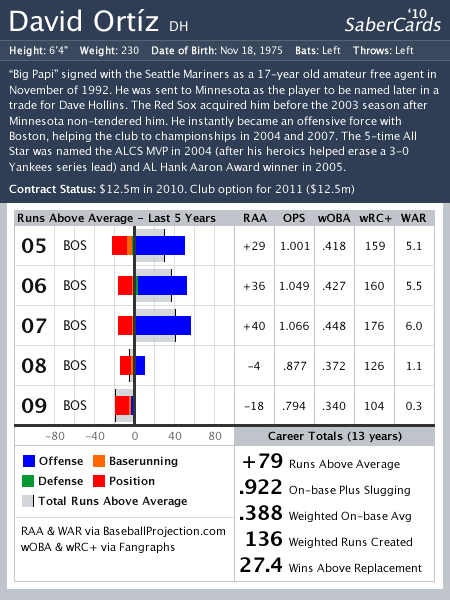 We're not final yet. There are some other things Justin and I would like to experiment with. But I wanted to share this iteration before going further. Thoughts?