Umpire Bias and What Can be Done About It

Share All sharing options for: Umpire Bias and What Can be Done About It

An umpire's strike zone may be one of the most debated issue during and after a game. It seems like people are never happy with the umpire's calls and I not going to help today by put away the complaints. If people are frustrated with the strike zone here are some reasons why. The strike zone called can change according to batter handedness, the umpire behind the plate and the current count.

Note on the following images. The data is from Pitch F/X data available from MLB and is shown from the perspective of the catcher/umpire. The scales on the images are the ratio of called strikes to the total of called balls and called strikes. The box is set a 2 feet wide across the plate. This is increased from the 17 inch plate to take into account that any part of the ball crossing the plate is considered a strike. The height of the box is set to between 1.5 feet to 3.5 feet, an average batter strike zone. The circle in the center is just for reference to help show shifts in the zone. If a batter is taller or shorter than the zone, the height ball is adjusted accordingly.

The right handed zone is more uniform, compared to the left handed zone which is shifted a few inches outside. The reason for this shift is hard to explain with the best reason I have heard is that umpires weren't used to calling many left handed hitters before making it to the major leagues. 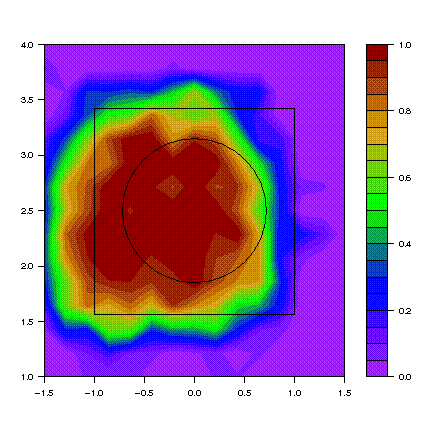 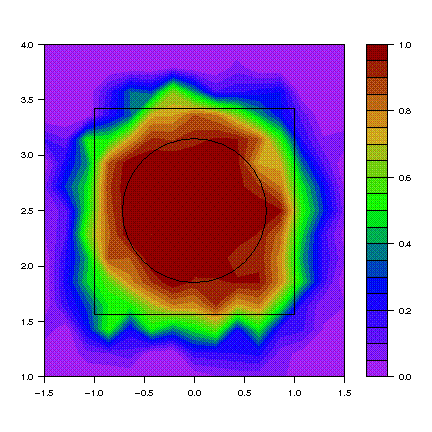 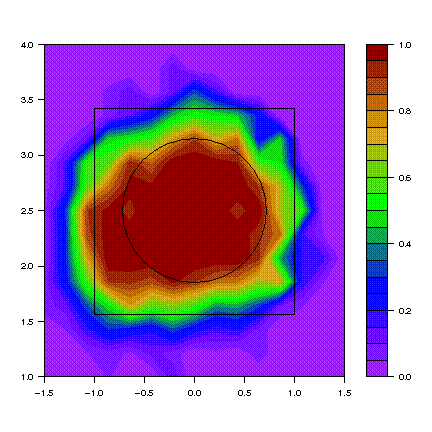 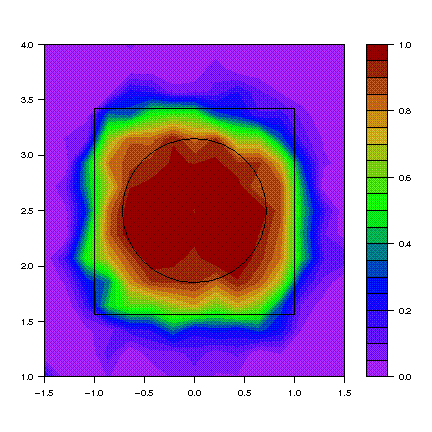 The main difference between the two umpires is that Doug Eddings extends his zone vertically a few inches and extends his left handed zone a bit more to the left. Even though these two umpires are the most extreme umpires, the visual difference is not immediately noticeable.

The main problem I have seen with umpires is that they actually change their strike zone depending on the current count. This change was first pointed out by John Walsh in the Hardball Times. It seems that umpires are changing the zone depending of if the hitter or pitcher is ahead in the count. 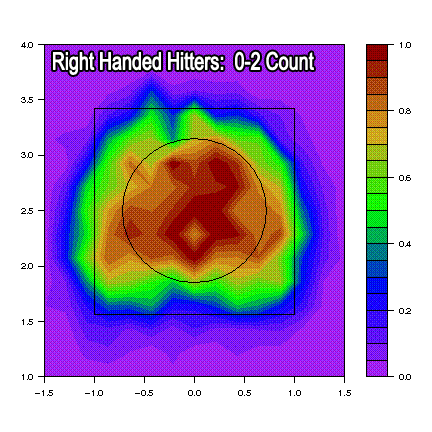 If the pitcher gets ahead 0-2 in the count, they get penalized with a smaller strike zone. On the other hand, if they are behind 3-0, they get a nice big zone to work with. This difference seems to be where the biggest biggest noticeable bias exists. It seems that the umpires don't want to actually walk or strike anyone out. I am not sure if they are trying take the game out of their hands or feel sorry for the person behind in the count.

Of the above 3 solutions I would look for a solution that combines 2 and 3. I think now with the Pitch F/X data, the calling of balls and strikes can be easily measured. A baseline level of competency can be set and those that exceed it are release. If an umpire are able to stay within that baseline level, let them continue to behind the plate.