Graph of the Week: Slugging, Arms, 1-Run Games, and Managers-as-Players

Share All sharing options for: Graph of the Week: Slugging, Arms, 1-Run Games, and Managers-as-Players

Welcome to 2nd Edition of our new weekly feature: Graph of the Week. Here we'll review the various graphs posted on Beyond the Boxscore throughout the week, asking for feedback, criticism, and ideas for the following week.

This week, we have a visual attempt to answer the question of whether slugging has outpaced on base percentage over the past three decades, a look at the best outfield arms so far this season, the relationship between run environments and 1-run games, and how several managers stacked up as players. We also have our first fan submission, which compares Pujols and A-Rod to the other two greatest players of all time.

Vote for your favorite graph and tell us in the comments section what you liked about them and how you think they could be improved. Together, we can visually describe what the wonderful study of sabermetrics is trying to show us.

One last thing: we're accepting nominations of outside-of-BtB graphs to be featured via fanshot the following week. Post in the comments section if you think there's one on another site that deserves our attention. If it's good enough, we'll feature it and link to the site it's from.

Full graphs and general guidelines for critical review after the jump.

1. Can you read it? Is it legible, easy to read? Things like fonts, color choices, labeling and organization should be noted here.

2. Can you understand it? Does it make sense? If the point of making a quality graph is the ability to tell a story with pictures, then the goal of a grapher is to make the subject easier to understand. This is especially important in a field like sabermetrics.

3. Does it stand alone? How much explanation does the visual require? Usually the less explanation needed, the more effective the visual. That means that the best graphs can stand alone, letting the image speak for itself, or it could drive home the point of the article in which it was included. 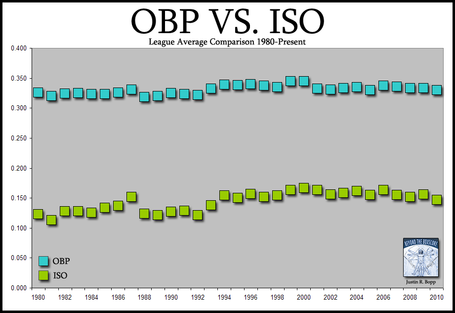 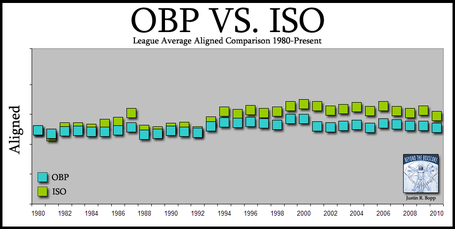 Has Slugging Outpaced On Base Percentage? 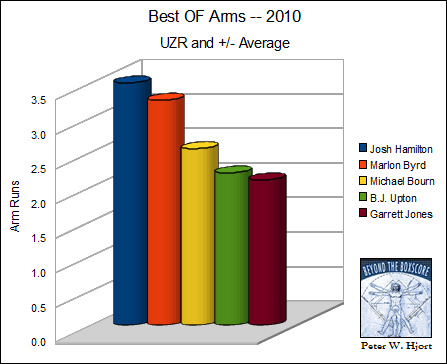 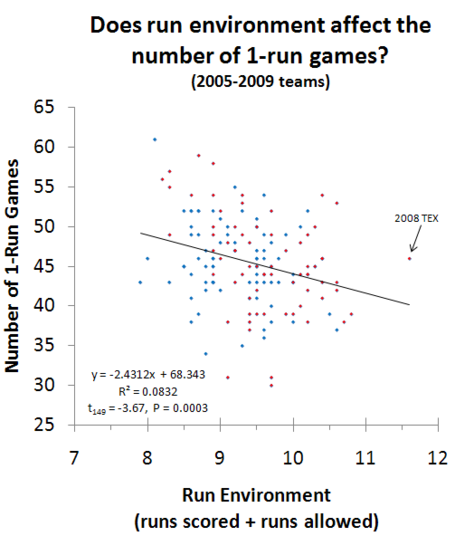 Does Run Environment Affect the Number of One-Run Games? 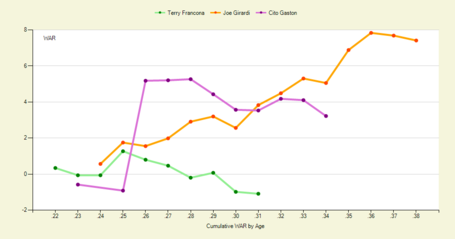 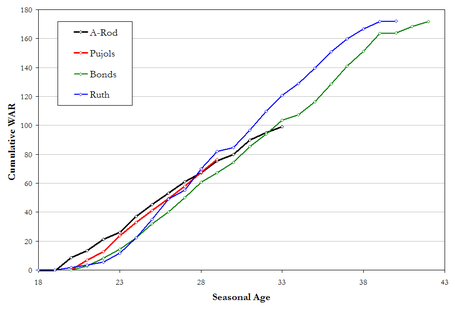 Now that you've seen this week's nominations, vote for your favorite and tell us what you did and didn't like about each of these. Also, nominate graphs from other sites that you think we should see. Thank you!

Past Graph of the Week Posts: