This time around we'll look at the American League Central, the torture chamber for so many of my friends better known as Royals fans. You know the rules, so I won't waste time explaining exactly how we arrived here, but will at least mention that the DiamondView Team Composite at the end includes DH batting and runner projections, but not fielding for obvious reasons.

With that, I'd like to welcome Jesse Lund from Twinkie Town as a guest for this edition. We're looking at the Twins' starting lineup and Jesse will provide the commentary. Enjoy! 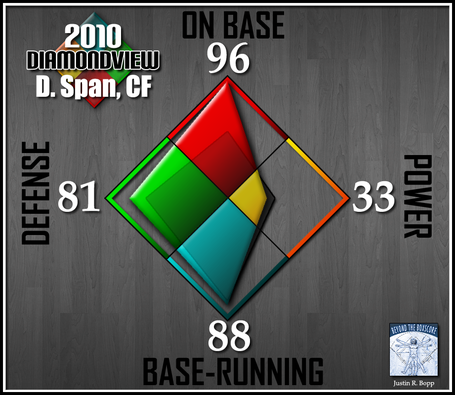 Denard Span, CF:  Denard's quickly become a fan favorite, just as much because of his personality as his talents on the field.  He's a good leadoff hitter and, in spite of his UZR/150, is a pretty good defender.  It's a good thing he's fast, because he'll have a lot of ground to make up between Young and Cuddyer in the corners. 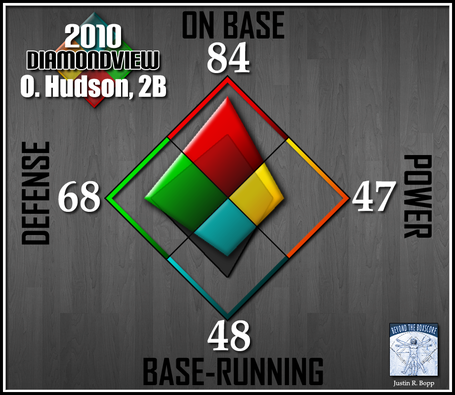 Orlando Hudson, 2B:  His glove may be on the wane, but the overall production he can provide still makes him a significant upgrade over anyone else who could man the position.  He's a great option to hit second, where being a switch hitter can either force RHP to face a string of talented left-handed hitters or break up those left-handed hitters against a southpaw. 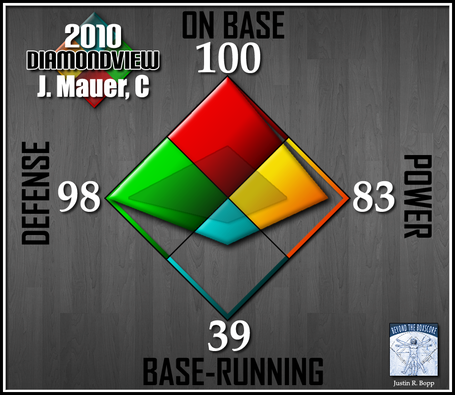 Joe Mauer, C:  If you want to know what Joe Mauer means to the Twins, just look to the state's most recent legislation which has renamed Minneapolis, Mauerapolis; Minnesota, Mauersota; Christmas, Mauermas; Valentine's Day, We-Heart-Joe-Day.  It's true.  He's a special player. 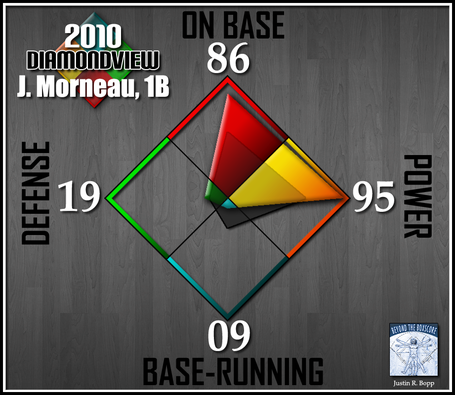 Justin Morneau, 1B:  Justin is the second-best hitter on the team, almost as strong of a hitter as Mauer, able to take the ball anywhere you throw it and just go with it.  As a result he can sometimes go for odd stretches without the home run, but then he crushes one.  And it's pretty.  At first he can pick it with the best, but his range is sub-par. 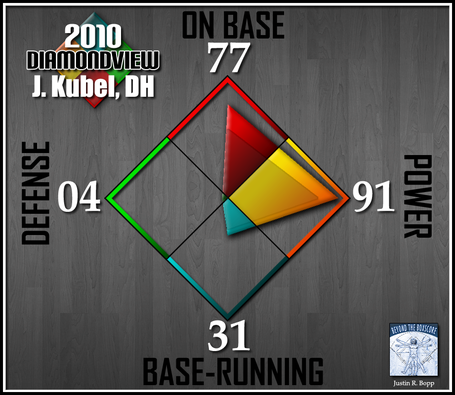 Jason Kubel, DH:  A big breakout season for Kubel last year felt like a long time coming, but it was glorious.  He won't continue to hit .300, but he's been more selective at the dish and his power is for real.  If Gardy tires of Young and puts Kubel in left against right-handers (moving Thome to the DH vs RHP), the good news is that Kubel is just as bad in the field as Delmon.  By which I mean it couldn't get worse out there. 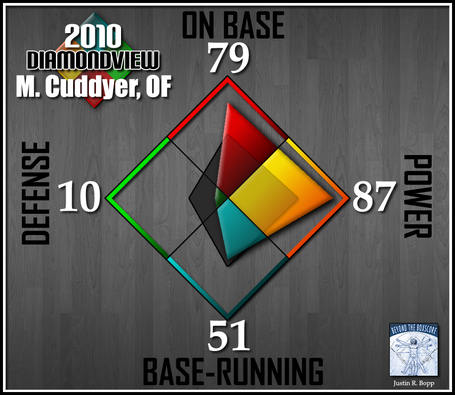 Michael Cuddyer, RF:  Last season's version of Cuddles is the real version--what you get when Cuddyer is healthy.  I've often wondered if his UZR/150 is as bad as it's been because the baggy hurt him in the Dome, but this year I'll find out for sure.  Either way, the corner outfielders don't move well. 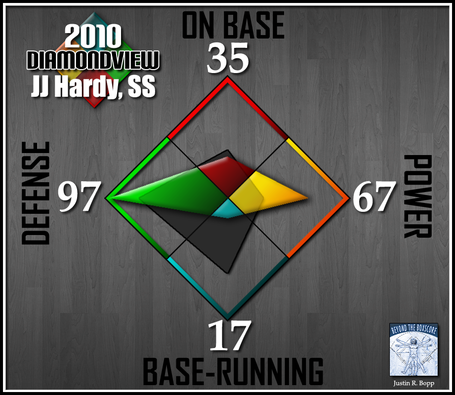 J.J. Hardy, SS:  Hardy provides good power from the seven spot, which is a bonus coming from a shortstop.  His other big asset is his glove.  In spite of being a solid defender at a premium position, he's not fleet of foot and it shows on the bases.  When he gets on. 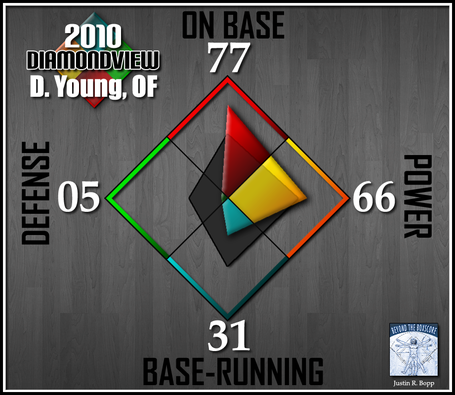 Delmon Young, LF:  CHONE really likes Delmon to improve this season, and I would be the first in line to give the guy a high five.  He's dropped 30 pounds in the off-season, so here's hoping he's a bit more nimble in the field...but I'm not holding my breath.  If he struggles he'll get platooned, getting starts against southpaws only. 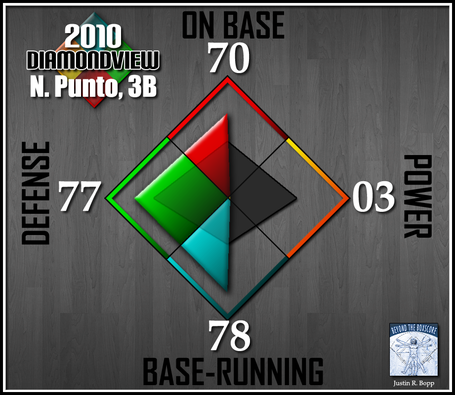 Nick Punto, 3B:  Head-first slides into first be damned!  Gardy WILL give a starting spot to Punto, and the only infield spot left is third base, which slides Brendan Harris to the bench.  He won't provide typical corner IF offense, but he's alright as a #9 hitter.  Danny Valencia will get a shot at some point this year. 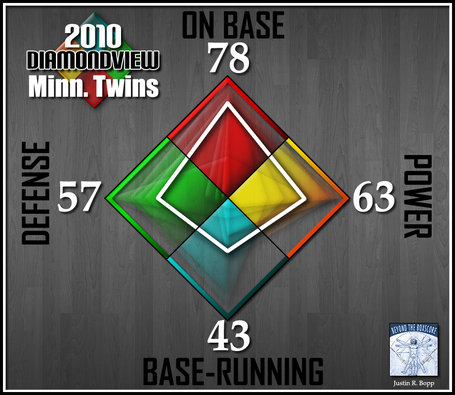 Overall, this is a lineup that's fairly balanced.  There's power in the middle, and the top half of the order won't have a problem getting on base.  A healthy Twins lineup should be one of the best in the American League.  The infield defense won't be too bad, and in general they're strong up the middle, but that outfield defense is still suspect at best.  Speed at the top and bottom of the order, but this is also another area of weakness for Minnesota, and might be a reason to keep Alexi Casilla on the bench rather than jettison him to make room for Hudson.

Thanks again to Jesse Lund, who is doing fantastic work over at Twinkie Town. Check out his interview with Twins Assistant GM Rob Antony, a must read for any Twins fan.