In our final category announcement, we feature the best sabermetric writer/researcher category.  Here's the category description:

We had more nominations in this category than any other category.  I frankly expected this to just be a popularity contest, and to some degree it was.  But to my eye, the people who were nominated, and the people who rose to the top in the voting, really did outstanding work in sabermetrics this past year--either in research, or writing, or both.  We had 18 nominees, so I'll report the rankings of the top third.

Sky started posting at Baseball Analysts this past year and did a tremendous array of work.  He specializes in regression analysis, but it's a versatile tool that has a huge array of applications, as Sky demonstrated.  What I like most about him is that he asks good questions.  While perhaps not as technical as some of his other work, one of my favorite pieces of his from the past year was this commentary on how we can measure player impact on clubhouse chemistry using Milton Bradley as a case study.

Max has excellent technical skills, and upon arriving at Hardball Times in late april put them to tremendous use.  His work mined all aspects of the gameday data, but especially focused on fielding data (based on gameday hit location data) and pitchf/x.  He was nominated for two other Sabers: Chase-ing the FieldF/x and Catching Sabathia: Jorge’s vs Jose’s way.

Allen, like Marchi, was nominated in two other categories (PitchF/X Detective: Has Bradley's Strike Zone Been Widened, and Run Value by Pitch Type and Location; the latter won the Saber for Best Applied study). Allen joined Baseball Analysts in April and then joined FanGraphs later in the year.  He has done some terrific work with spray charts and pitchf/x data, but the thing that stands out most to me is that he does this quality work with absolutely brilliant figures.  He really raised the bar: if you wanted to be taken seriously as a pitchf/xer now, you need heat maps. :)

As I see it, with Dave Studeman largely moving behind the THT paywall (of sorts) with his batted ball reports, Cameron stepped into the role of Sabermetric Communicator this year.  Cameron's daily posts range from analysis of the day's news to player analysis to primers to informative Saber 101-type posts.  They are concise, readable, and yet do a good job of conveying cutting-edge sabermetric principles to the readers of FanGraphs.  Oh, right, and he also still is active at USS Mariner.  Cameron was nominated for two article awards, and the FanGraphs blog--which is manages--came a close second to the Hardball Times in the best writing website award.  2009 was a banner year for Dave, and hopefully we get many more to come.

Colin sort of came out of no where about two years ago at statspeak and almost immediately became widely recognized as one of the best young (I'm assuming he's young, though I don't really know) researchers around, especially in the fields of run estimation and player analysis.  He combines that research skill with an exceptionally good ability to explain very complicated concepts in a precise, exact, and often original manner.  He is not afraid of controversy, as his take-down of PECOTA and frequent critiques of other writers (especially from BPro) demonstrated...but ultimately, Colin goes where the data take him.  And where he goes, the rest of us probably should too.

Colin received three other Saber nominations: When is a Fly Ball a Line Drive?, Databases for Sabermetricians, and Replacement level, again.

And the winner is... 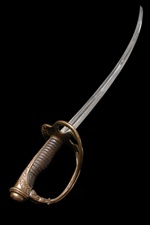 I honestly was surprised to see Tango take first place overall in the voting.  But I probably shouldn't be.  Tom isn't flashy, but he is one of the few remaining major sabermetric voices still active from the generation that immediately followed Bill James' more or less solo era.  And he's also one of the most prolific, playing a significant role in the development or establishment of virtually every major statistic that we use to evaluate players: WAR, wOBA, FIP, WPA, LI, WPA/LI, lwts, Base Runs, Fan Scouting Report, wRC+...the list goes on and on.  Perhaps as a result of his role as a consultant for the Mariners, he didn't seem to contribute as many major original research projects in 2009 as he has in the past.  Nevertheless, he contributed a large volume of smaller pieces throughout the year, and more importantly played a major role in helping to draw attention to and improve countless individuals' work at his blog.  He is very deserving of our final saber award for 2009.  Congrats!

We had a 12 other individuals who received nominations for this category.  All contributed in different ways to making our community what it is, and all received significant support in the voting.  Let's please take a moment to congratulate them all.

And that wraps up the sabermetric awards!  Please let me just take a moment to thank everyone who helped us make this a success: the staff of BtB, our guest voters, and most importantly all of you in the community who took the time to submit nominations and vote.  Many people dedicated significant time and thought to this project, and I think it ultimately did a terrific job of drawing attention to the best work of the past year.  Here's to a great 2010!