Share All sharing options for: Colleges that Graduate the Most Players to the Majors (Update 2/23/10) 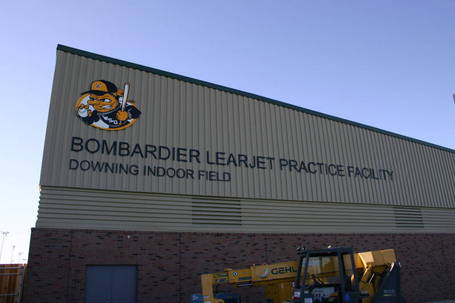 As I have found out from our great readers, the Databank dataset is not close to having all the colleges and players matched up.  As two separate readers pointed out, they numbers are off, by about 50% less, when compared to the lists at Baseball-reference and the Baseball Almanac.   I really don't understand the difference between the Databank dataset and the Baseball-reference because they are both run by the same people.

So to clear up the problem, I have put all three groups together in a spreadsheet for people to reference with all the totals from each of the three sources.  Also, here is an all-time list of the top 20 from Baseball Almanac and how the other 2 compare:

I will keep the original article after the jump (I hope MGL doesn't lose his cookies) for reference.

Since my move to Wichita, I have taken back up ultimate frisbee.  The team meets at the new indoor practice facility for the Wichita State baseball and softball teams.  Inside it shows all the players that are All-Americans and a list of players to make it to the majors.  This got me thinking of which universities have the most talent get to the majors.  The following is a list of all universities that have 10 more players that made it to the bigs.  I didn't really want to look at how good they were, as a couple of studs could really move a team up.  Also this list is for players born after 1965.  An all-time list is after the jump.