The DiamondView 2.010 series rolls on. We've looked at the Colorado Rockies, the San Francisco Giants, and the Arizona Diamondbacks, and the conclusion thus far is that Colorado looks to have another great team while Arizona might surprise a few people this year if Los Angeles descends. That's a big if, though.

Let's not get ahead of ourselves. This week, we're looking at the San Diego Padres projections for 2010. We've invited Dex from Gaslamp Ball  to give us the inside scoop on the Padres starters while we look at how they project in my bright rainbow diamonds of love, lust, and loss. Enjoy! 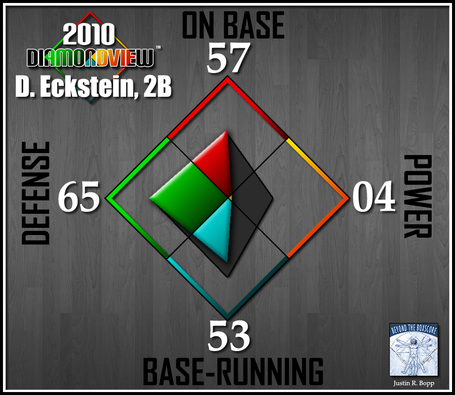 Eckstein is the team leader and his personality is a plus.  He rates well in any category that you can't actually quantify or provide concrete examples of success.  That being said he looks like the only person on the team that is really trying.  Usually really talented players make difficult feats look easy.  Eckstein makes everything look difficult. 120% effort = 83% results.  Man I'm so proud of myself for not using the word "scrappy". Darn. 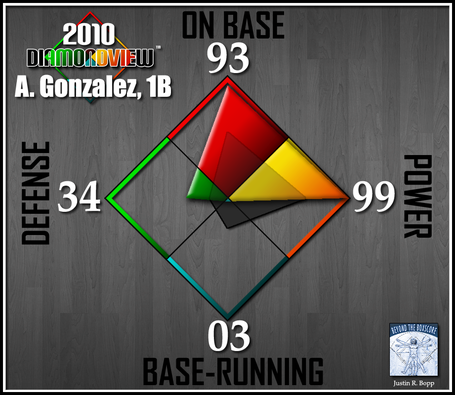 Gonzalez is coming off a career year.  Nobody in baseball is as talented and as boring.  He's a gold glover with a good arm and he's not afraid to use it.  He's so slow, he'd probably get to first faster if he actively tried to move in the opposite direction. 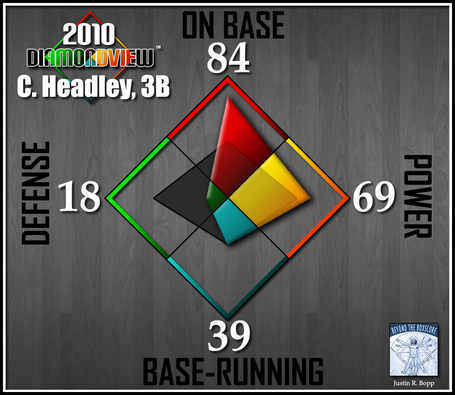 Headley is finally being moved back to his natural position at third base with the trade of Kouzmanoff.  Offensively he hasn't really been living up to expectations, but maybe that will change this year when he isn't stressing about being out of position and can spend more time in the batting cage. 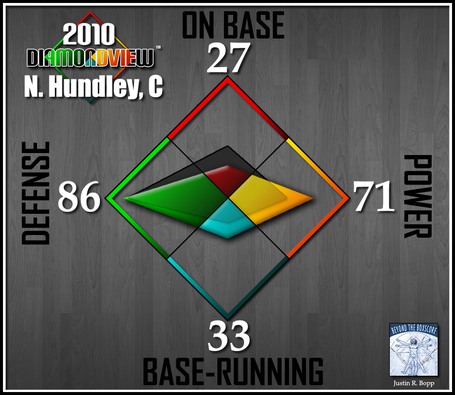 Hundley is rebounding from a forearm injury in 2009.  He was a bit better with the bat after the injury but it still doesn't seem like the Padres have much confidence in him. Nick's bat leaves something to be desired, but he's been able to help with holding runners. He has a bad habit of letting balls get by that are thrown directly at him. 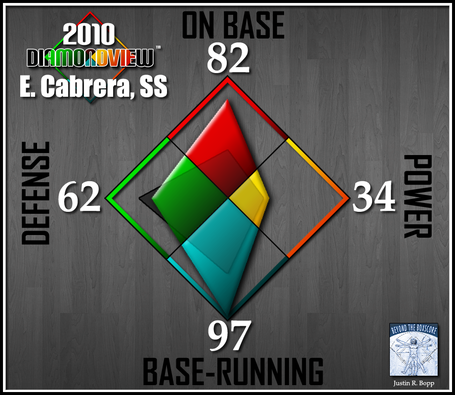 Everth runs like the wind and seems like he may be an exciting player this year.  He has a good glove and a good arm.  All the people that swore we were going to miss Khalil Greene's defense quickly forgot about him when Everth arrived.  Last year he and Gwynn traded off the leadoff position. 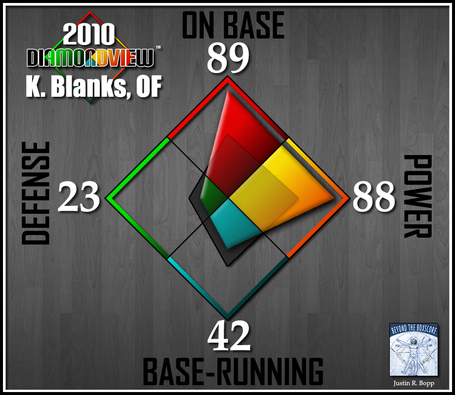 While Blanks is still playing out of position he's being blocked by Adrian Gonzalez at first. Owner Jeff Moorad said he will likely move to Left Field this season.  We've only heard good things about Blanks at the plate, but due to a foot injury he missed the latter half of the 2009 season.  Blanks hits well but not for as much power as you'd expect from someone who is literally 1/8th ogre. 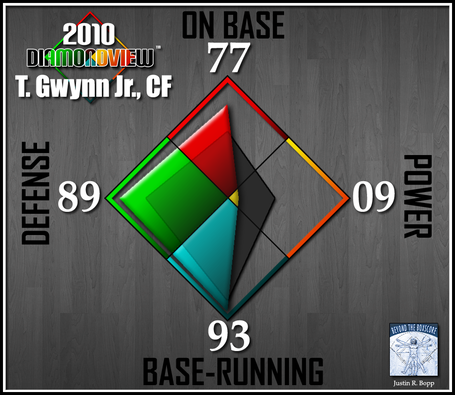 Tony Gwynn Jr's batting average is proof that males can only pass along approximately 80% of their genetics to their children. His mother must be terrible with a bat.  There is nothing to not like about Gwynn except for the fact that he's not an 8 time batting champion. 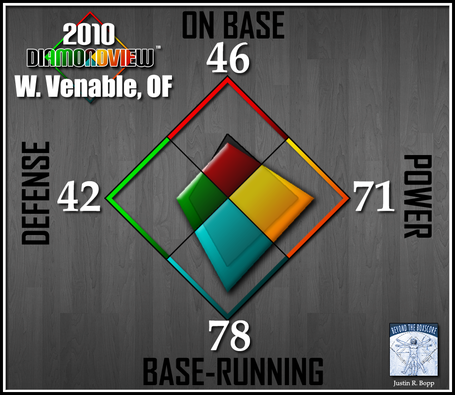 Venable looks like he should be a good baseball player, maybe he will be with more consistent playing time.  Ex-GM Kevin Towers called him the bright spot in the 2009 season, but I don't remember him ever doing anything to warrant that. 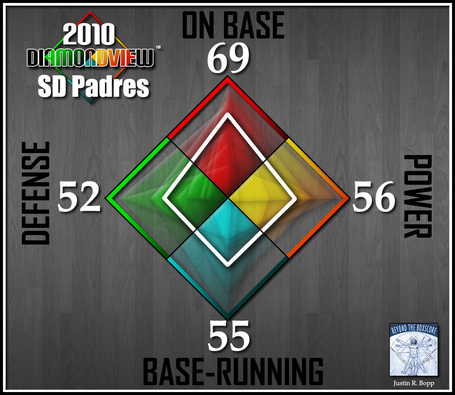 The truth is, the Padres are a team that can't get on base, have very little power, generally can't run at all, and even if they could they can't catch. This is the same issue we see with every single bottom-tier team: every single starter is significantly flawed in at least one tool set.

I'm not sure if there's a better way to rip off the band-aid, but I can at least tell you what's under there before ripping it off. This is not a good team. See? I distracted you while I ripped it off. Does that make it feel any better? Probably not. - Justin

Thanks again to Dex from Gaslamp Ball for the contributions.

Up next: LA Dodgers