Share All sharing options for: Percentage of Team Payroll Lost to Time on DL (Update 2/20/10)

Update:  I have added some more information at the article's end looking at totals for trips less than and more than 30 days.

After using Josh Hermsmeyer's injury database from RotoBlog.com to look at individual players, I will now look at the total Salary lost to teams.  Here is the list of 30 teams ordered by percentage lost, highest loss to lowest loss from 2002 to 2009.

Graph of comparing totals after jump 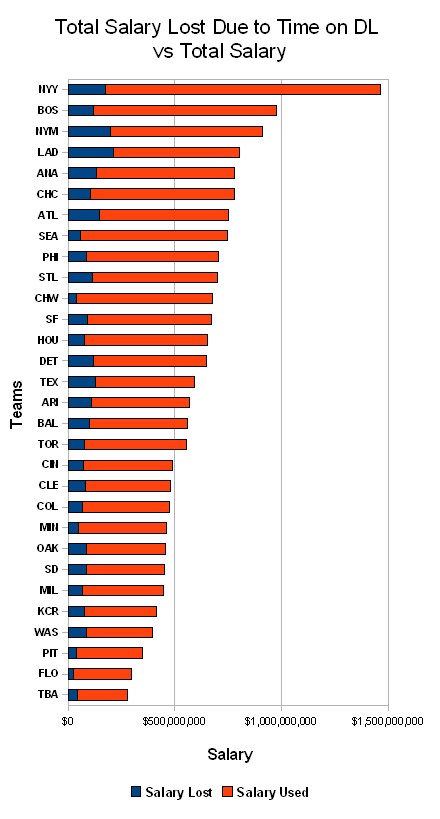 Tom Tango started a thread on this topic over at The Book Blog.  Since Tom was voted BtB's Best Researcher and Writer, I figured I would go ahead and answer a few of his questions.  He was mainly interested in the amount of salary that was lost after a player was on the DL for greater than 30 days.  The amount before 30 would not be covered by insurance, but the amount over 30 days would be covered.

Few notes on the above charts: