Benefit of the Doubt: Lefty Bats Get the Shaft

Share All sharing options for: Benefit of the Doubt: Lefty Bats Get the Shaft

Last week in the fourth installment of the Benefit of the Doubt series, I demonstrated how there is a decided advantage for right-handed batters regarding the strike zone. This week we look at the flip side--the significant disadvantage for lefties and switch hitters batting left.

Take a look again at the difference in the strike zone between left-handed and right-handed batters: 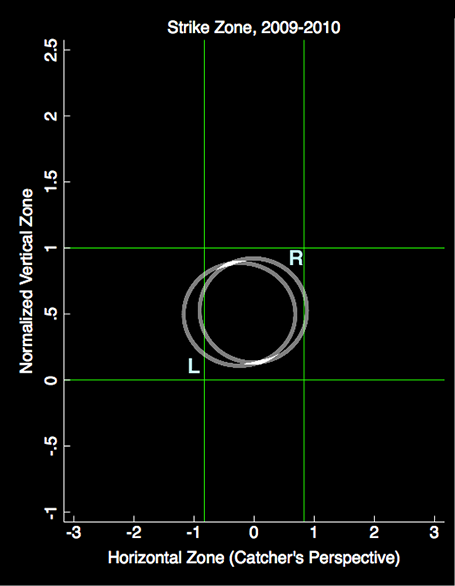 The wider LHB zone visible above manifests itself in the zone (dis)advantage table below. Among batters who faced at least 500 called pitches on either side of the plate from 2009-2010, the least fortunate RHBs are rather close to average, while the least fortunate LHBs are 3/4 of a standard deviation from the mean.

In practical terms, when breakout Pirates second baseman Neil Walker steps into the zone batting left, he's at as much of a zone disadvantage as an average hitter facing Livan Hernandez, Mariano Rivera or Brian Wilson. Take a look below at Walker's strike zone chart: 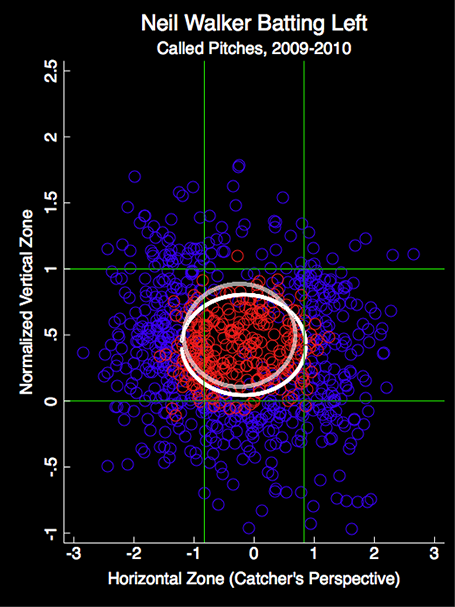 Against the typical zone for lefties, Walker's is larger and significantly wider. That's a rather substantial target if you're an opposing pitcher. Fellow switch-hitter Jose Reyes is a bit more fortunate, although still in the red, when batting from the first-base side: 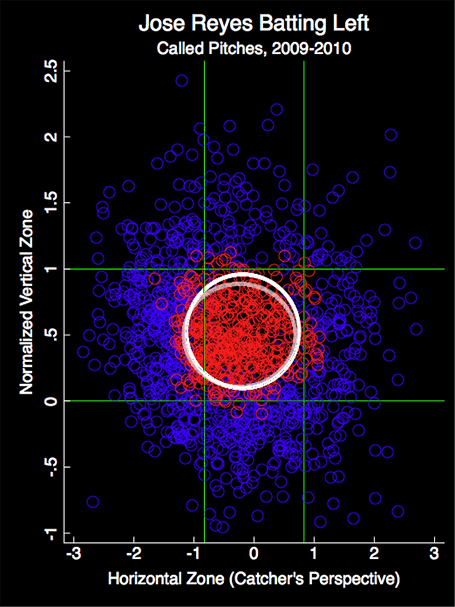 On the other hand, the most unfortunate right-handed batters aren't really all that unfortunate. Here's the least fortunate of them all over the last two seasons, Royals 2B Mike Aviles: 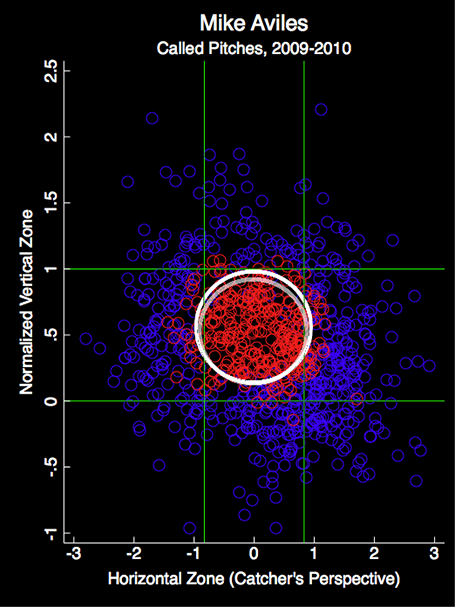 Just as the stats would indicate, his is pretty darn near the average strike zone.

As I noted in previous posts, batter handedness is only one example of strike zone bias. Others that we'll be taking a closer look at in the coming weeks are season vs. postseason, count, base-out state, movement, pitch selection, and the reported height of the batter's legal zone.

And, as requested by a fan a couple weeks ago, Justin Verlander's zone (looks like he's getting squeezed a bit: 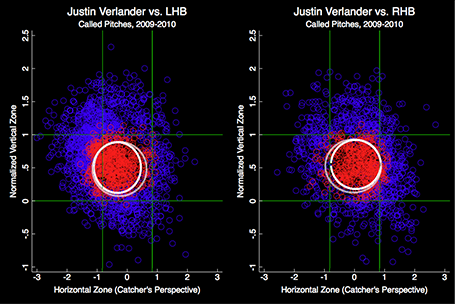