Share All sharing options for: History of the Dauvray Cup: 1887 World Series 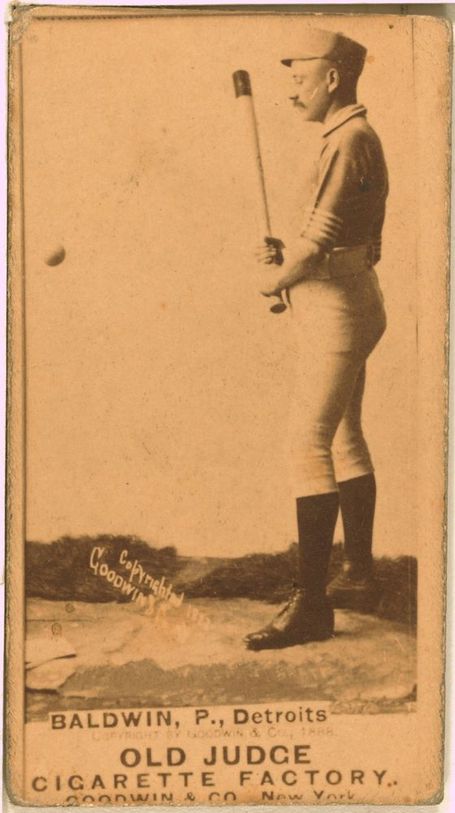 Before there was the Temple Cup awarded in Major League Baseball from 1894-1897, the American Association champion battled the National League champion for the Dauvray Cup from 1887-1890. The cup was donated from outside the baseball ranks by actress Helen Dauvray, which seems odd, but she was the significant other of New York Giants great John Montgomery Ward, whom she married in 1887.

The original rules of the Dauvray Cup were that the first team to win three of them would retain sole possession of the trophy forever - a rule that the Temple Cup adopted when it came into existence a half-decade later - but the Dauvray Cup failed to last more than three seasons.

In addition to winning the silver cup, the National League President Nicholas Young and "others in baseball circles" - John Ward? - suggested that the players, who were the ones playing, deserve something more than the Dauvray Cup and the winning share of the money. The Cup would just sit in the team owner or president's office, while the players don't get anything. Thus, we gave out the first World Series rings in baseball history (to my knowledge), which are after the jump. 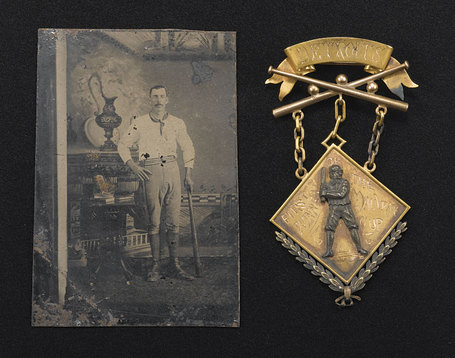 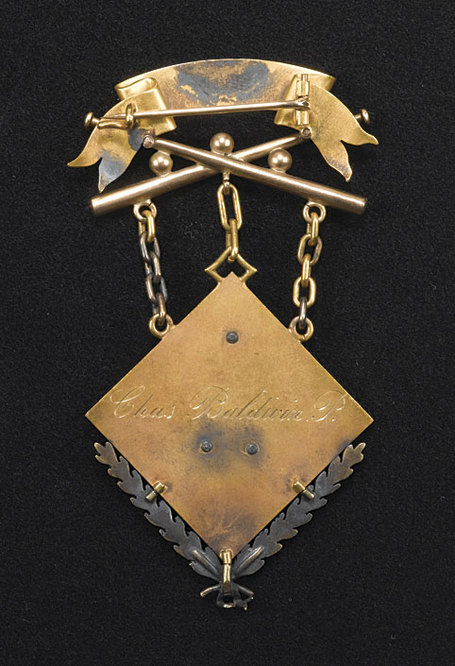 Okay, so they were medals and not rings. Still, very cool.

The first Cup was up for grabs in the fall of 1887 as the American Associations champion St. Louis Browns took on the National League's Detroit Wolverines in what was to be a best-of-15 - overkill, much? - series between the two clubs. Never turning down a chance to promote the game, the series was to be played not in just Detroit or St. Louis like we'd assume, but games where also scheduled in Baltimore, Boston, Brooklyn, Chicago, New York, Philadelphia, Pittsburgh and Washington.

Imagine the San Francisco Giants and Texas Rangers playing one game in each of their home parks, but then traveling to Wrigley Field, Yankee Stadium, Camden Yards, Fenway Park, Busch Stadium among others, to finish out a World Series? That's insane, but this type of barnstorming was not only common, but was in practice through the days of guys like Bob Feller in the 1950's. Though, Feller and company would be on all-star teams in exhibitions touring the country, not playing for World Series titles.

Detroit won eight of the first 11 games but they finished out the series as scheduled despite the Wolverines winning the series 10 games to five.

Since we're dealing with two different leagues, it's tough to compare the teams, but for the sake of ease, let's say that the American Association and the National League were even in talent distribution - I don't believe that that is true - and apply some Log5 to the series.

As for those nifty gold badges, only 14 were handed out as there were just 14 men on the roster. As of today, only four in the entire world exist. Two given to Dan Brouthers and Sam Thompson reside in the Hall of Fame while a third -- the medal given to Deacon White -- was in a private collectors hands at last count. The fourth was Charles "Lady" Baldwin's which sold at auction for $26, 760 three years ago.