The Forgotten Infield: A Look at the Big Four

Share All sharing options for: The Forgotten Infield: A Look at the Big Four 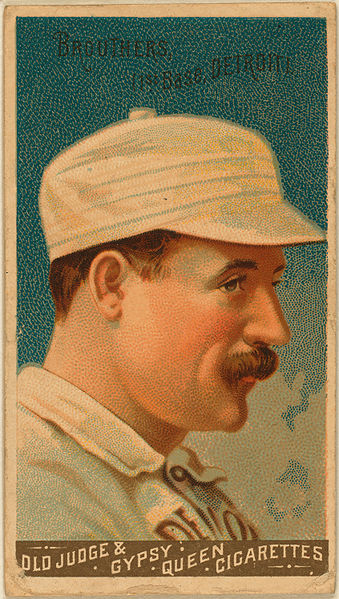 In doing some prep work for my WAR By Decade: 1880-1889 Fanpost I penned back in September, I came across what was dubbed The Big Four which consisted of the foursome: Dan Brouthers, Jack Rowe, Hardy Richardson, and Deacon White. The four played together from 1881-1885 for the Buffalo Bisons before moving on to the Detroit Wolverines from 1886-1888.

These four players - particularly Brouthers - were among the best in the National League and were very influential. Their nickname had no bearing on their size, though Brouthers was particularly big for his day. He stood 6-foot-2 and weighed in around 205-pounds. Today, that sounds like an athletic build - in fact, it's what Johnny Damon's listed at on Baseball Reference - not the hulking build that it was for the 1880's. I'd imagine fans were awed at Brouthers much in the way fans were awed at watching Frank Thomas swing the bat.

With Brouthers being clearly the best player of the four; he's in the Hall of Fame, Hardy Richardson and Jack Rowe formed a formidable two-three punch for their squad with Deacon White being in the decline of his career - he was 33 when The Big Four first played together.

But how good were they?

What I did was compare them to the other team that I heard so much about in my childhood: The Big Red Machine. My dad would talk about them as he would listen to Reds games on the radio growing up in Indiana and always had some story about Ken Griffey, Sr., or Johnny Bench or Joe Morgan. So when I think of teams, particularly infields, The Big Red Machine is the first one to spring to mind.

I took the Wins Above Replacement - from Baseball Reference - for each player in each of the years they were together. For The Big Four, that's 1881-1888 and I cut off The Big Red Machine at 1972-1976, as that's when Tony Perez was no longer with the club. Joe Morgan was gone one year later. I then extrapolated each players rWAR out to 162 games to put them on even playing field - The Big Four's games played totals ranged, individually, from 58 up to 120+ games.

The team that came almost a century after The Big Four first played together gets the edge. Joe Morgan and Dan Brouthers were clearly the best players for each team, but Morgan’s secondary help was better than Brouthers. Bench, Rose, and Perez added an average of 5.8 WAR/162 compared to Rowe, Richardson and White’s average was 4.9 WAR/162. Add that up over seven or eight years and Cincinnati’s infield gets the edge.

Still, The Big Four would leave their mark. They won the pennant and postseason play in 1887 and soon after they disbanded, Brouthers and Richardson – looking to get a pay raise – helped to form the Players League in 1890. John Montgomery Ward was also one of the integral founders. The Players League came about after the National League put in salary restrictions and a reverse clause – which essentially meant that even if your contract was for one year, the team still owned your rights and you weren’t free to sign anywhere until they unconditionally released you – which the players obviously didn’t like. The Players League wanted parity and capped profits for owners. Still, the NL would schedule their games on the same days, in the same cities, as the PL and thus undercut the PL’s market. The National League eventually lied through their teeth about their financial situation and the PL and the American Association both agreed to consolidate with the NL into what would become the only Major League until the modern day American League came about in 1901. Even beyond the playing field, The Big Four are worth remembering.