Benefit of the Doubt: Batters in the Zone

Share All sharing options for: Benefit of the Doubt: Batters in the Zone

In my last three posts, I covered the pitchers who got the most out of the strike zone—and those who did not. This week we'll take a look at the zone from the batter's perspective. Now, as I explained earlier in this series, there is no particular skill in working the zone. Whether or not a pitch is favorably, fairly or unfavorably called is dependent on the characteristics of the pitch and the context in which it is thrown. As it turns out, one of the most important factors is batter handedness. 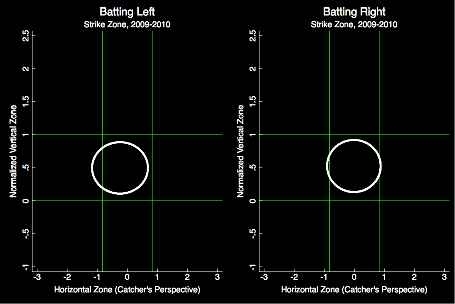 Not only does the zone shrink, but the umpire takes a way a small chunk of the low zone. In exchange, they give back a bit of the inside corner. So it's not surprising that the least fortunate batters over the last two seasons (minimum 500 called pitches) were lefties, and that the most fortunate righties are far better off than the most fortunate lefties. Take a look:

Note: the batters with the lowest zone disadvantage are the most fortunate; switch-hitters are split into separate categories, so that switch-hitters (like Omar Vizquel) appear as Vizquel, L and Vizquel, R.

By far the most fortunate right-handed batter over the last two seasons was Elvis Andrus: 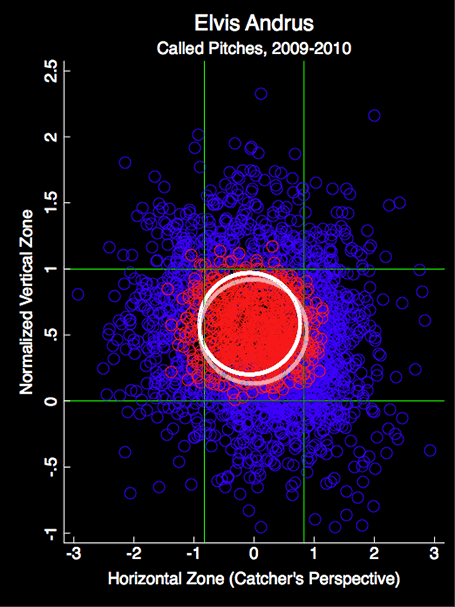 Ask yourself if you'd like to try to hit that on a full count with the bases loaded (typical RHB zone superimposed). Same applies to Dustin Pedroia and Jimmy Rollins: 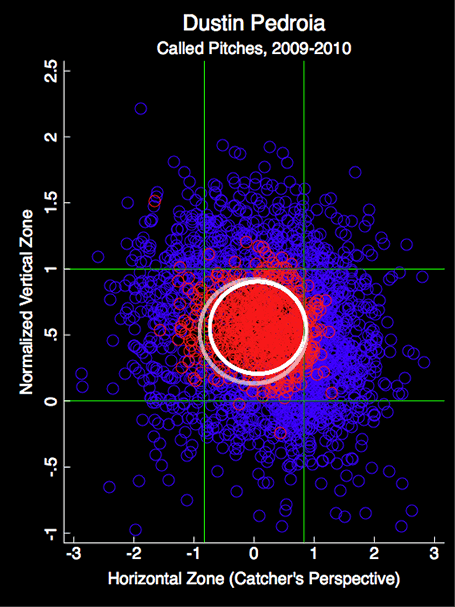 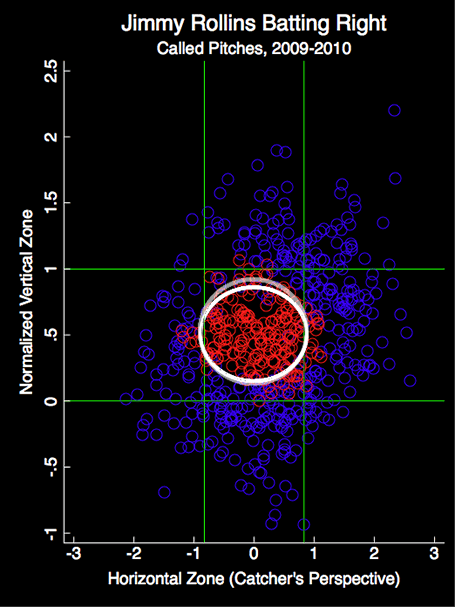 As noted above, we're looking only at Jimmy Rollins' right-handed at bats. Fellow switch-hitter Omar Vizquel has been the most successful when batting left: 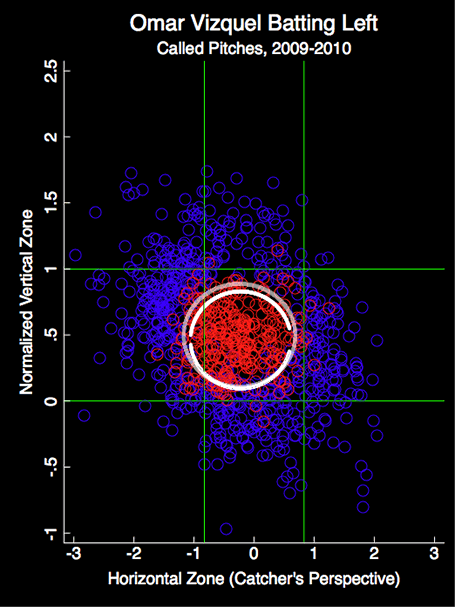 In terms of true lefties, the great Junior Griffey got the benefit of the doubt from the boys in blue: 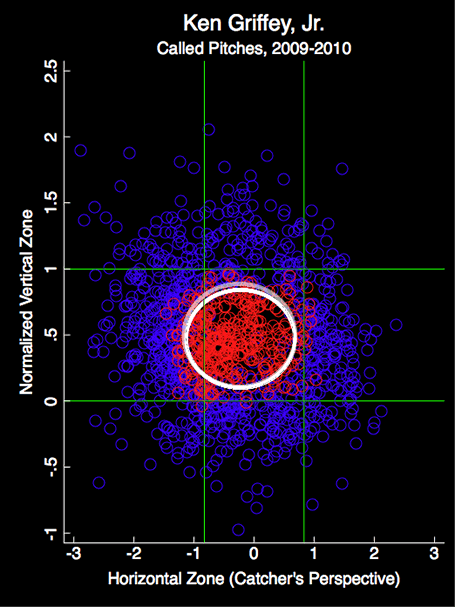 While the officials clearly favor right-handed batters, the substantive effect is rather small. Assuming a batter sees around 20 pitches over the course of the game, 10 of which are called, even an exceptionally advantaged batter such as Andrus would see an extra ball every fifteen games or so. Not for nothing—biases notwithstanding—but the umps do a pretty good job of getting it right, or at least making up for their bad calls with more bad calls that go the other way.

Next week I'll cover the batters who haven't had it so easy—also known as lefties. I'll also post any reader requests from this week and last week. If there's a batter or a pitcher you'd like me to take a closer look at, just go ahead and ask in the comments.