Off Topic has a little potential for alien life, the failure of titanium necklaces for the Rangers, and a beautifully-detailed infographic which draws parallels between the political party in power, GDP, Debt, Vote Turnout, etc. 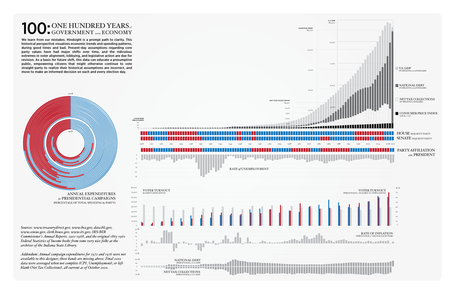 It's beautiful--but doesn't make the conclusions for you. A perfect infographic.