Bagwell: Not Four Years Short of the Hall

Share All sharing options for: Bagwell: Not Four Years Short of the Hall 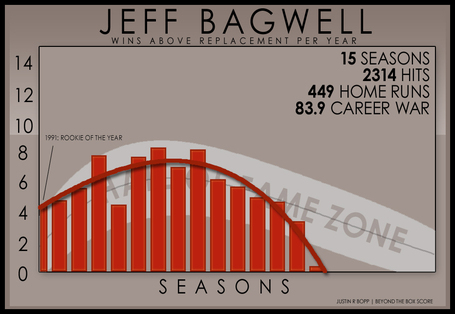 He played in four All-Star Games, had 2,314 hits, 449 home runs, 1,529 RBIs and helped the Astros reach the playoffs six times. He was forced to retire after a degenerative shoulder condition made it impossible for him to throw a baseball and nearly impossible to swing a bat.

The early end to his career kept him from hitting 500 home runs, which almost certainly would have punched his ticket to the Hall, but he still has strong credentials.