The DiamondView series is back today as we continue through our top-down approach through the AL East. We already reviewed the World Series-winning New York Yankees and the Wild Card Boston Red Sox, so make sure and catch up if you haven't already.

As this is a continually-evolving (and hopefully improving) visualization, I've added a combined look at the team for this edition's improvement. It averages all team starter's percentile rank in each category and combines each of their DiamondView Composites into a single image. It's a neat effect that can show the strengths and weaknesses of the team lineup.

Today we have the third-place Tampa Bay Rays. 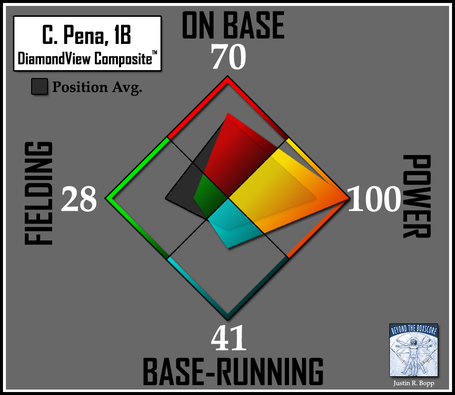 The 31 year-old Pena tied for first in the American League for Home Runs with Mark Teixeira even after missing the last few weeks of the season with two broken fingers--and it shows with his look-at-me 100 ranking in power. While he did win the 2008 "Gold Glove Award," UZR has him ranked below average one-baggers. With average production in OBP, increasing strikeout rates and decreasing walk rates, not to mention a $10 million dollar salary, the Rays should be considering how much that slugging is really worth. 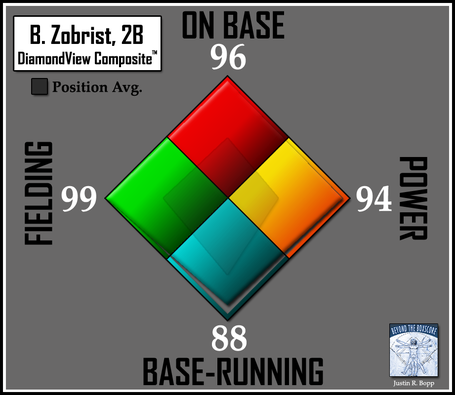 While Zorilla's use of a Christian Rap single as an entrance song is enough to make all of us a fan of his work, it's  his 2009 results that shows the value of the DiamondView Composite Evaluation. Sure, a .297/.405/.543 is enough to make most on this side of Barry and Albert blush, it's the combination of base-running prowess and an elite glove at second that shows that The Prophet on the Bay might just be the most complete player in baseball. Or at least in the conversation. 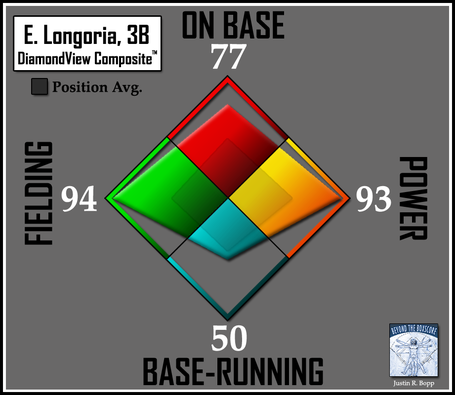 Longoria's 2009 campaign was further evidence that Tampa made the (a) right choice in 2006, and is un-needed additonal ammo against KC's non-Gordon replacement, Luke Hochevar. With a 2008 WAR of 5.3 and a 2009 WAR of 7.2, there's little doubt that Tampa has its 3rd Baseman secure for some time. 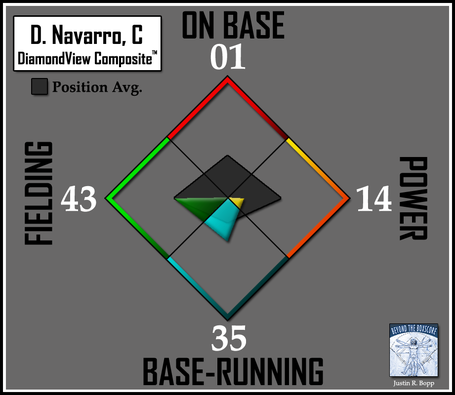 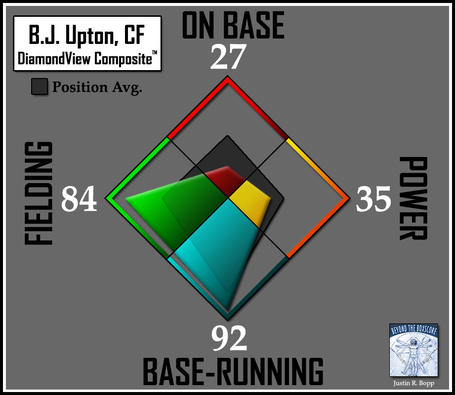 I've always been a sucker for speedy guys with great gloves, especially if they can jump a car. The Junior Bossman is good for two of those, but has established a consistently un-Boss-like career 11.5% walk rate and a 27.7% K rate, netting him this DiamondView that shows he's a slightly better than average prototypical Center Fielder. 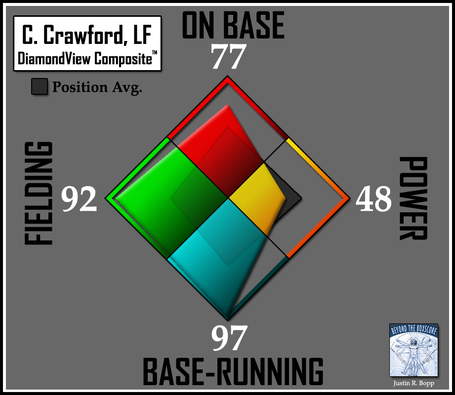 If you were to trade Damon's power for one of the best gloves in left in all of baseball, you'd have Carl Crawford. With Pena, Longoria, and Zobrist (!) picking up the power slack, the Rays can afford to have a bit lighter of a bat in left. 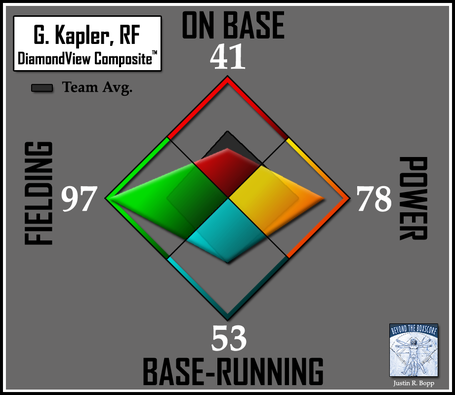 While certainly not the most accomplished player on the roster, there's little doubt that his 2009 $1.05 million contract was worth it. Just going by these colorful results, Kapler might be the best target for replacement other than Navarro. 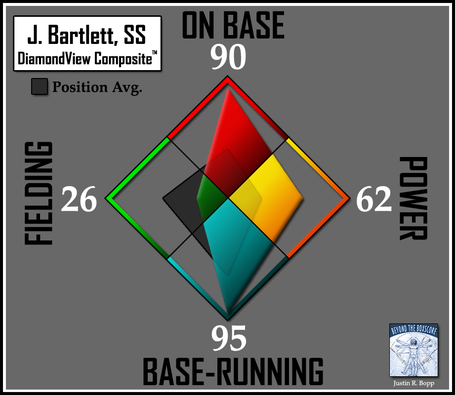 The only skill lacking for Bartlett appears to be his glove--which might be important at short stop. However, with a strong glove behind him in Carl Crawford, Tampa looks to continue to benefit from his impressive-for-a-shortstop on base and power abilities. 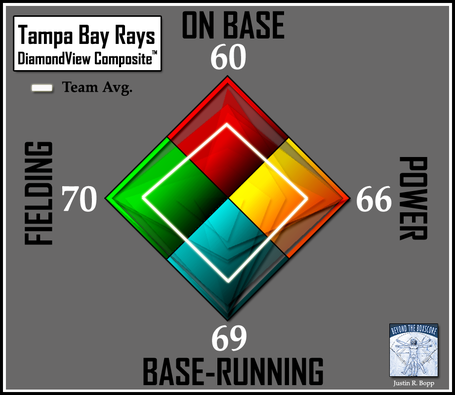 Zobrist is throwing the look of this off a bit, but the results show a team with speed that sometimes struggles to get on base and has a couple holes in defense.

Next up: Toronto Blue Jays