This week the DiamondView series will switch both coasts and leagues while taking on the NL West. Each week we will be reviewing a different division from the top of the standings on down through the bottom, and this week we will begin with the class of the West, the Los Angeles Dodgers. 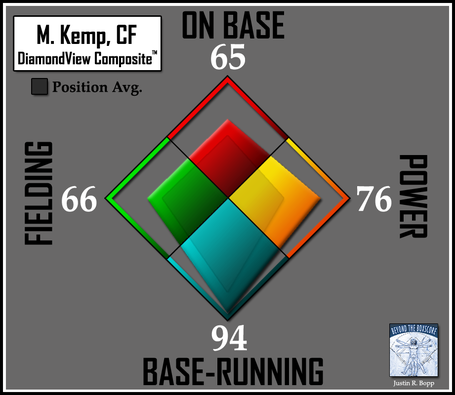 Don't let this beautiful image (or the visual false equivalence of base running and on base) fool you, Matt Kemp is a well above average CF that earned a .297/.352/.490 for 2009...for just above league minimum. At 25 and several years from peaking, he's doing everything you could ask while getting paid less than teams that need help (Royals) are willing to to pay aging vets with less ability. 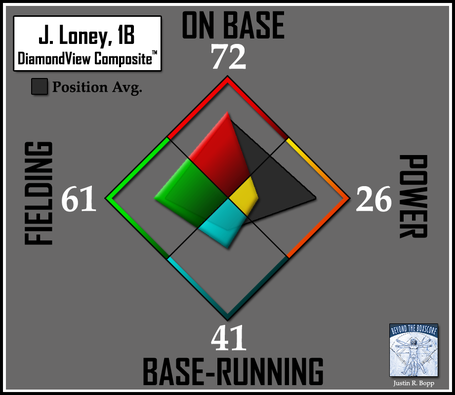 Loney is a league average first baseman with the glove, on the base path, and attempting to get on base, but his power "ability" is the 9-volt equivalent of 3-mile island. You're just not gonna get very far with him. Like Kemp, he's 25 and getting a little more than league minimum, but his lack of power (13 homers each of the past two seasons) will cost him. 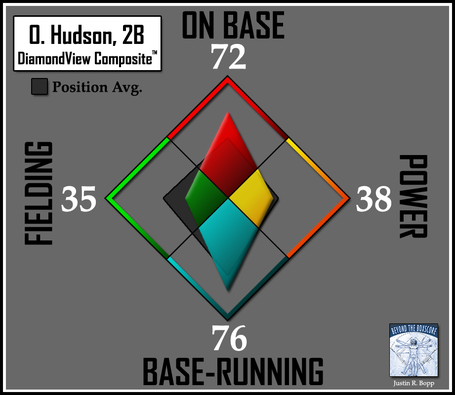 Now a free agent, O-Hud has reached aging-veteran status and nothing shows that more than his gradually descending ability in the field. Once a 16.9 UZR value in Toronto (2004), the past two years he's been in negative territory (-5.1 and -3.3). At 32, Hudson would still be a valuable player for teams with his ability to get on base and not embarrass himself once there. And at probably less than the $3.4 one-year deal he signed with the Dodgers for 2009, his projected WAR (2.2-2.6) will definitely be picked up. 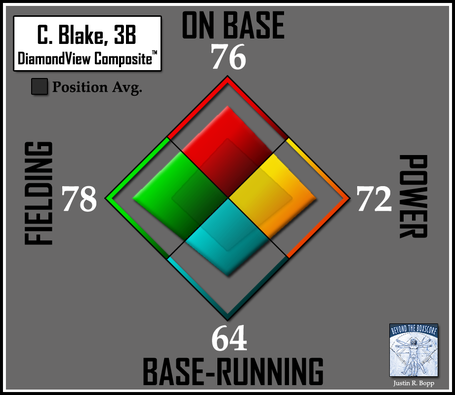 Blake's DiamondView came as bit of as surprise, honestly. I really had no idea...how better than average he was. He's a free agent 3B, and at 36, has no right to be better than anybody, much less most starting 3rd basemen in the league in every tool. Still good for a .280/.363/.468, Blake won't be out of work long, but that $5 million he made last year might be a thing of the past. he still has some value, but his cliff can't be far off. (Thanks for the heads up, Keith.) 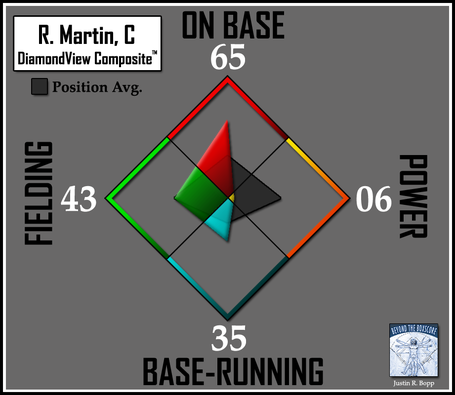 Ignore the fielding quadrant while you try to digest the fact that most pitchers have more power than Mr. Martin here. 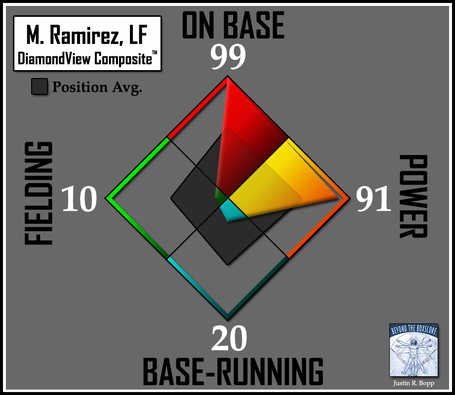 Manny, I wish I knew how to quit you. It's really amazing that Manny isn't DH'ing somewhere, and there's little wonder why LA kept* Pierre (below) on the roster. For now they'll have to hope that nobody hits the ball to this defensive black hole. 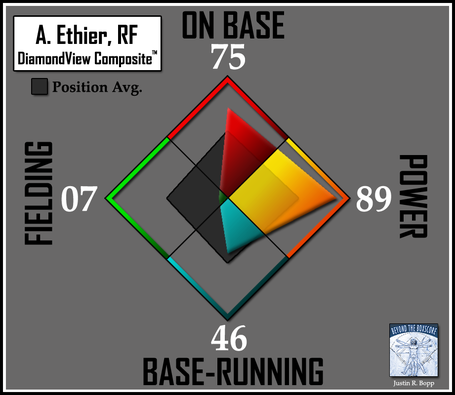 Remember, power is more valuable to a team than fielding. However, with Manny taking reps in left, LA is going to need those home runs to overcome the defensive holes in outfield. All power and no glove, Ethier is a liability. 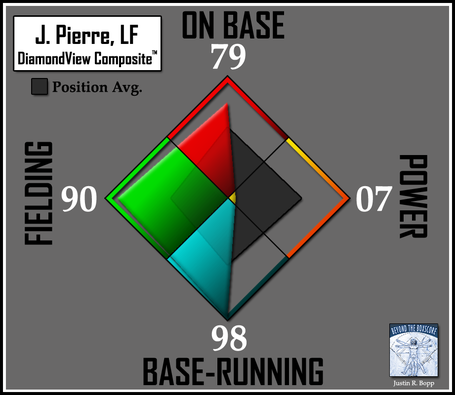 All glove and no power, Pierre is a perfect defensive replacement with an impressive ability* to get on base and move around the path once there. Please refer to the MannyBManny and Ethier Diamondviews for further explanation. *BABIP! 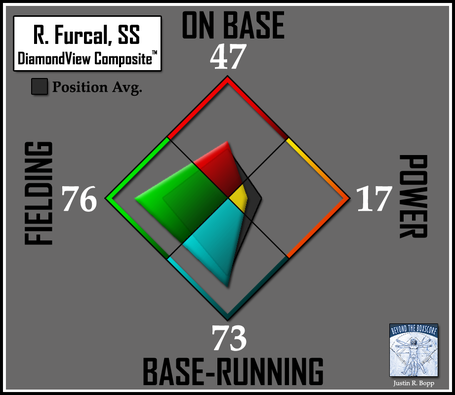 Furcal is the extreme example of a DiamondView-expected shortstop: very little power almost made up for with a quality glove. If we always remember that these don't show that Fielding and Power are actually unequal, one might ask if they're overpaying ($30 MILLION for 3 years) to overcome some defensive liabilities elsewhere on the team. 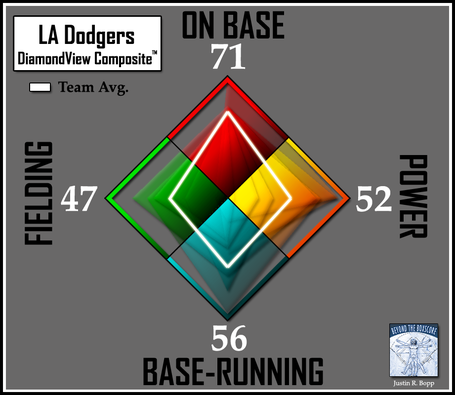 The 2009 Dodgers could definitely get on base, but the power numbers makes one hope for some creative lineups. That said, this team is likely to look a bit different in 2010.