Share All sharing options for: The AL MVP is....

Many pundits and experts are starting to rev up the Derek Jeter for American League MVP hype machine. Well they are wrong about the player, however they are right about one thing; the AL MVP is a New York Yankee. On June 30th, the Yankees were 44-32. They were 2.5 games out of first place in the AL East; then the MVP arrived. While it may have seemed like a "small" move at the time, the Yankees acquired Eric Hinske from the Pittsburgh Pirates for two minor leaguers. Call it a small move, but since that day the Yankees have gone 44-18 and hold an 8.5 game lead over the Red Sox.

Living in Tampa Bay, I know what makes an MVP. Jason Bartlett was the Rays MVP last year despite a WAR of 1.8. You know why? The team won games when he was in the lineup. Now I know people are going to say well Hinske has only played in 26 games since his arrival. Throw those numbers out the window when we are talking about the Ske-man.

In 2007 the Boston Red Sox won the AL East, the AL pennant and the World Series. Who was on that team? Eric Hinske. Foolishly after 2007, the Sox let Hinske go to rival Tampa Bay. What happened in 2008? They lost to the Rays in the ALCS, and a team that had never won anything ended up AL East Champions, won the AL pennant and only lost the World Series thanks to B.J. Upton (when in doubt always blame B.J. Upton). Not learning from Theo Esptein's mistake, Andrew Friedman let Hinske walk after the season. Obviously, trying to exploit another market inefficiency, Friedman signed Pat Burrell from the defending world champion Phillies, however Pat Burrell is not Eric Hinske. 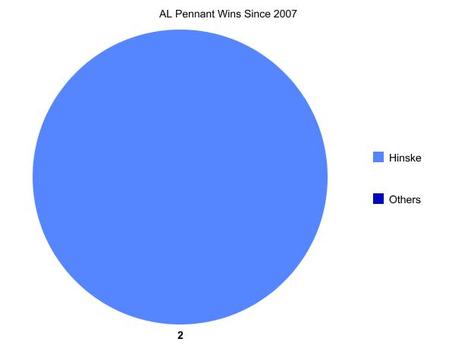 Hinske had an OPS of .741 with the Pirates. Hinske is a man. He needs a challenge. He is not an old starting pitcher who can't handle the AL East. Hinske NEEDS the AL East. Since joining the Yankees his OPS is .949 with seven home runs in 65 at-bats. If you give him 600 at-bats he would hit 65 home runs at this current pace; baller.

Not only is Hinske better in the East, but he makes his teammates better. Remember the so-called MVP candidate, Derek Jeter? He has definitely benefited from having  Hinske around. Before his arrival, Jeter was hitting .307/.381/.451. Since then, Captain Clutch is hitting .365/.424/.506. Hinske'd

Men lie, women lie, numbers don't. If you want to win the AL East and more importantly go to the World Series, you need Eric Hinske. Not only is Hinske the MVP of this year, but probably should be given honorable MVP awards for the last two seasons. If I'm the Toronto Blue Jays (who could've had multiple championships had they kept Hinske) or the Baltimore Orioles, I'm throwing a truck load of money toward him this offseason. </sarcasm>