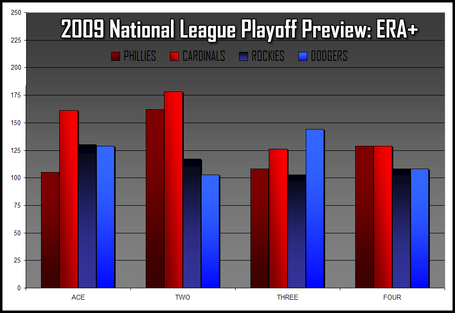 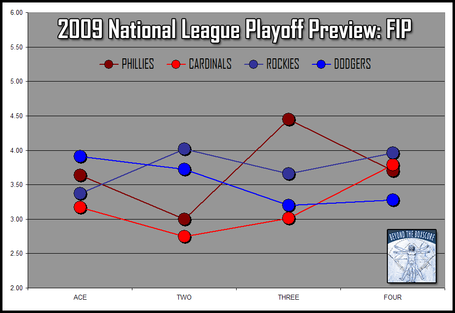 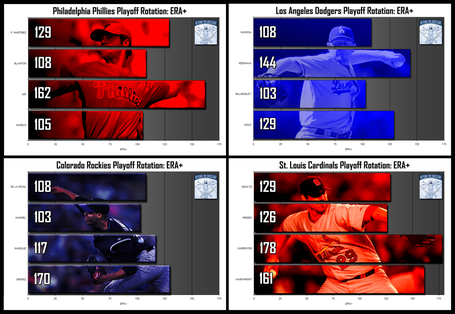 Full charts after the jump

Yesterday we looked at the AL Playoff Rotation Preview, today we'll look at the NL. 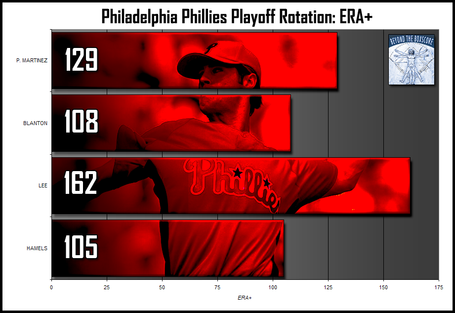 The Phillies will take their top two against nearly any matchup in the Majors any day of the week, which you may have heard gives a team a pretty decent chance in the playoffs. Cole Hamels and Cliff Lee both have high strike out rates with 7.98 K/9 and 6.91 K/9, and remarkably low walk rates of 1.93 BB/9 and 1.72 BB/9, respectively. Lee's 0.57 HR/9 is 7th overall in the Majors. The question for the Phillies is just how deep in innings they can go before turning to a not-so-suddenly uncertain relief situation (more on that in BtB Playoff Previews to come). If they can figure that out, they have every right to expect success in October. 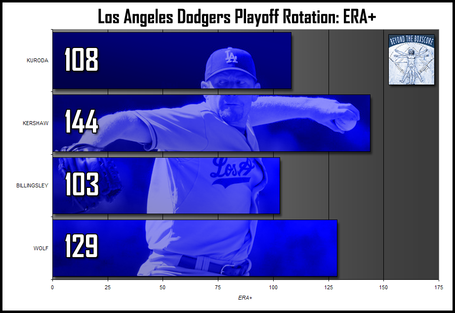 The Dodgers have some power with Clayton Kershaw, Chad Billingsley, and Randy Wolf. All three are high strike out pitchers, with a 9.56, 8.06, and 6.78 K/9 respectively. Unfortunately, all three have a low-ish K/BB (compared to the other teams in this preview) with 1.97 for Kershaw, Billingsley's 2.14 K/BB, and Wolf's 2.89. This team is vulnerable, but if they can put a couple things together with favorable matchups, they could challenge anybody. 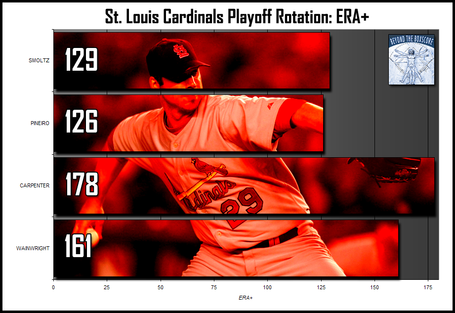 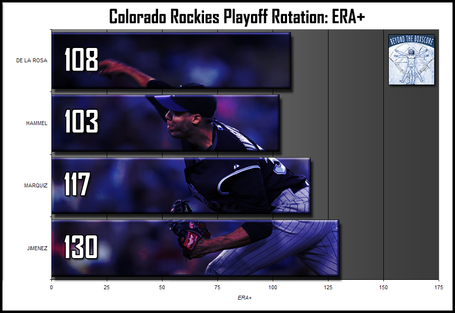 The Rockies will certainly have their work cut out for them. Even adjusting for stadium nets them with two perfectly average starters with Hammel and De La Rosa, who at least has a very nice 9.20 K/9 when he's not giving up home runs in that Colorado air (1.02 HR/9) or walking 4.07 batters per game. Ubaldo Jimenez, obviously their best weapon, is probably the 3rd starter on the other NL teams featured here. In his defense (or in spite of it, with a 3.37 FIP), he has a healthy 7.98 K/9 and a "wow, in Denver?" 0.53 HR/9. His walk rate is also slightly elevated, at 3.47 BB/9. This team needs to defy its recent history if it's going to go very far at all.