Was the 1975 Red's Lineup the Best Ever as Joe Posnanski Claims in His New Book: "The Machine"?

Share All sharing options for: Was the 1975 Red's Lineup the Best Ever as Joe Posnanski Claims in His New Book: "The Machine"? 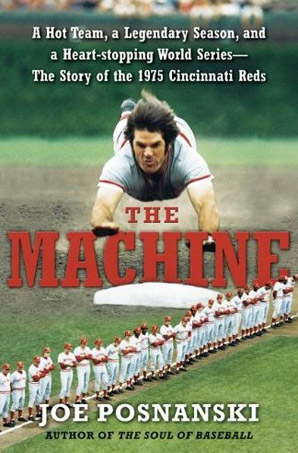 Joe Posnanski recently released his book, "The Machine", on the 1975 Cincinnati Reds with specific emphasis on the lineup.  I will let Joe describe, as he does best, the Reds lineup in his article about the book on cnnsi.com:

There had never been a lineup quite like it. Yes, the famed 1927 New York Yankees had four Hall of Famers in their Murderers' Row -- including Babe Ruth and Lou Gehrig -- and averaged more than six runs per game. The Boys of Summer Brooklyn Dodgers of the 1950s had Jackie Robinson, Duke Snider, Pee Wee Reese and Roy Campanella and were a beautiful blend of power and speed. But the lineup Sparky Anderson put on the field on July 4, 1975, had something more. The Reds had power and speed too. More, though, there were three African-Americans in the lineup, three Latin Americans and two white Americans -- and Bench had Native American blood. They were the Great American Ballclub.

To find the quality of players on the teams mentioned, I decided to use Rally's WAR rankings to see how the 1975 Reds stood up to the 1927 Yankees and the 1955 Brooklyn Dodgers. To make the comparison I added the lifetime WAR of all the players on the teams and here are the results:

I removed the players with negative for an additional comparison because most of these players were only on the team for a short time and could subtract from greatness of the teams.

The 1975 Reds, when compared to these 2 teams, has about the same level of offense as the 1927 Yankees, but is better once the negative players are removed. The Red's pitching staff is the worst of the three with them accumulating 77 less wins than the 1955 Dodgers. When the totals for the hitters and pitchers are added up, the 75 Reds are last of the three in total WAR.

Here are the team's players that accumulated more that had more than 10 WAR in their lifetime:

All I can say is that damn Ruth was great. His lifetime combined WAR of 190 is only 8 less than that of Duke Snider, Pee Wee Reese and Jackie Robinson's total (198 WAR).

Using lifetime WAR of the players as an comparison, the other two teams JoPo brings up are better overall, but the Red's lineup in 1975 can be debated as the best of the three.