Share All sharing options for: John Smoltz: What's Left in the Tank?

John Smoltz is now a free-agent. Will he retire or get a job in someone's bullpen? If someone does pick him up, what's he got left?

Not much, I'm afraid.

From the land of small samples ...

Smoltz' speed plot is somewhat depressing, and his run values per 100 pitches doesn't look any better. 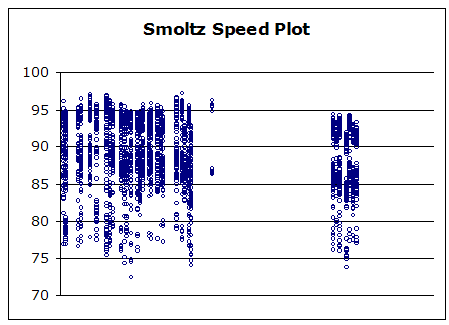 Fenway has been reading high for pitch speed this year, so what you see above for 2009 may be an optimistic view of Smoltz' velocity range. 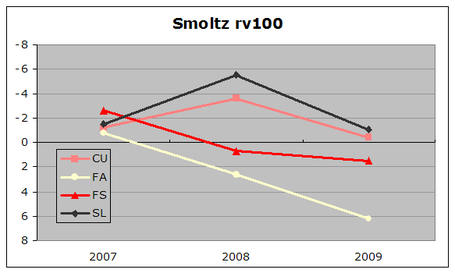 Again, small samples bring their noise to the run values, but Smoltz has been getting killed by his fastball. Does that sound like something you want hanging around in your favorite contender's bullpen?