Graph of the Day: Average Age per Year for Batters and Pitchers

Share All sharing options for: Graph of the Day: Average Age per Year for Batters and Pitchers

For some other work I plan on completing shortly, I needed the average of players for a given season.  Though I only need the data for a few seasons,  I went ahead and ran the data back until 1900.

The data shows nice drops in age for WWI (1914 to 1918) and WW II and subsequent jumps in age after the wars were over as the vets returned.  Also there has been a steady increase in age since the late 1960's. 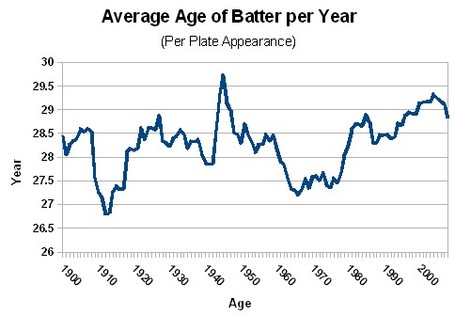 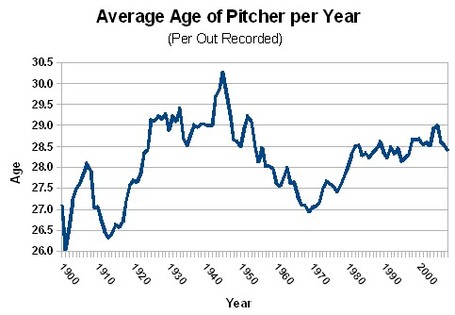