New Arms of the Week - Fu-Te Ni and Clayton Mortensen

Share All sharing options for: New Arms of the Week - Fu-Te Ni and Clayton Mortensen

Two newbies took the mound for major league teams last week. One of them is still in the majors. Clayton Mortensen was called-up by the Cardinals to work three poor innings. Fu-Te Ni, on the other hand, has stuck with the Tigers. Ni looks good, dealing some fairly nasty stuff and working both sides of the rubber, a la Trevor Hoffman.

Here are the basics (speed, spin movement in inches lateral and vertical, spin direction and speed). More goodies after the jump.

First up, Ni's release points. The reason some folks have noted a different release point for Ni's change, relative to the fastball/slider, is actually set-up by uneven usage of the pitch against left- and right-handed hitters, and combined with his shifting towards the first base sid of the rubber against lefties. 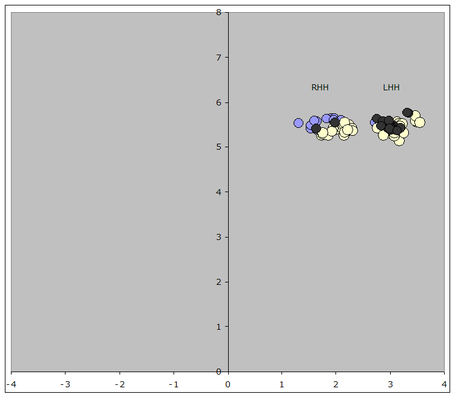 As a result of the two release points, we need two flight paths. 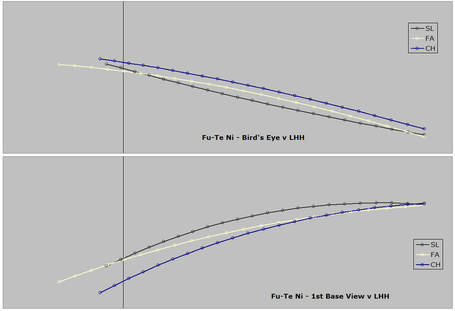 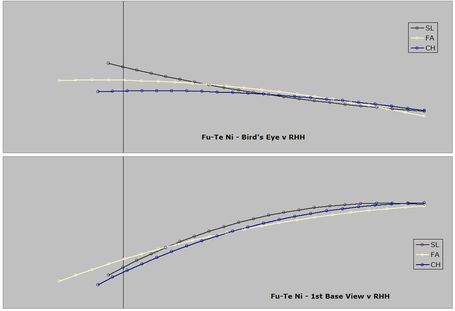 Mortensen isn't as exciting. He has a weird mix of pitches, not real breaking pitch, everything works back in towards righties, in varying degrees. Red is for his splitter. 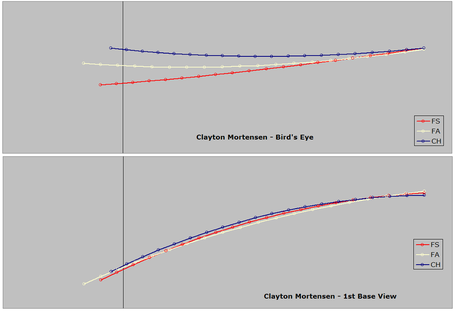 Mortensen got killed on his splitter, his fastball was below average and the change-up was OK. I'd like to see him come back if only to get another look at the "splitter". Ni has three solid pitches, and has been successful with each (although he's given up a home run off his fastball). He's picked up ground balls on 58% of balls in play, against just 8% line drives. That's a good start, we'll see how it goes from there.