New Arms of the Week: End of the First Half

Share All sharing options for: New Arms of the Week: End of the First Half

The week of July 6 had more rookie pitching debuts than recent weeks. We got five new arms, not to mention the gaggle of minor leaguers in the Futures Game. Spin movement graphs and flight paths after the jump.

The Cubs got Stevens in the Mark DeRosa trade. He showed just two pitches, both thrown over-the-top.

Valdez is keeping a roster spot warm for Tommy Hanson, who is staying on schedule in High-A. Valdez is a promising reliever, originally signed by Pittsburgh before coming to Atlanta as a minor-league free agent.

The Blue Jays alone could keep this series alive. Rzepczynski (pronounced "Marc") is a 23-year old lefty who gets a lot of ground balls and a lot of strike-outs in the minors.

Manuel has 326 strikeouts and just 59 walks in nearly 350 minor league innings. Manuel is a young, right-handed soft-tosser acquired from the Mets in 2006 for Dave Williams.

Lost in the shuffle of a no-htter, Webb's debut against the Giants was impressive. I caught his inning on TV and his breaking stuff was just silly. The umpire couldn't pick it up at first, but he figured it out quickly. The hitters, not so much. Webb became a Padre in the Scott Hairston trade.

PFX_X and PFX_Z are the x- and y-axises on the Spin Movement graphs. I didn't include Webb's change, but I did include Rzepczynski's "unknown" pitch for yuks. 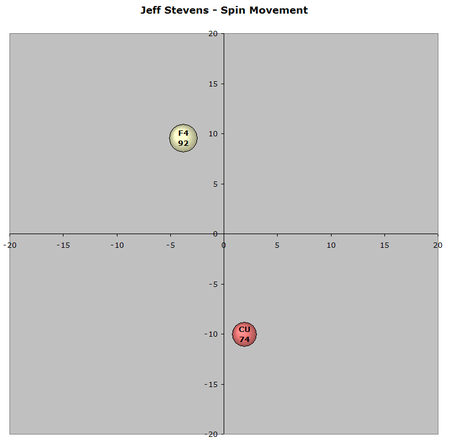 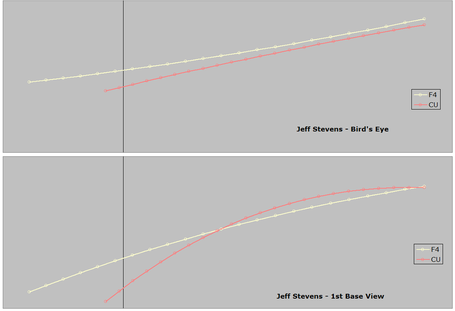 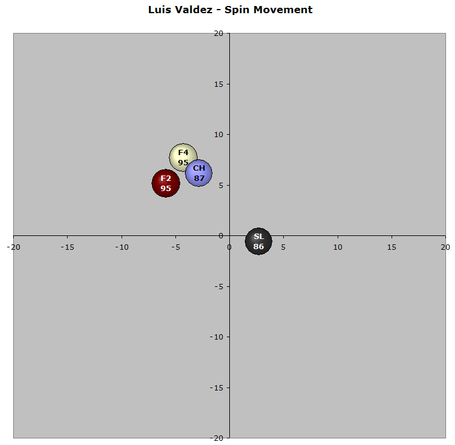 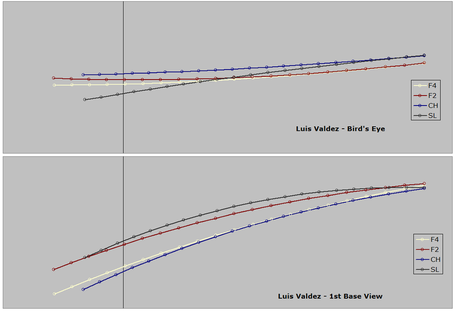 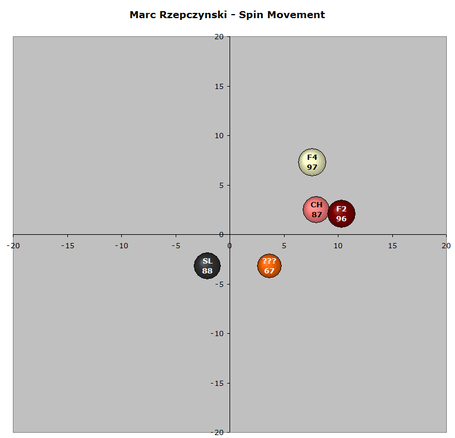 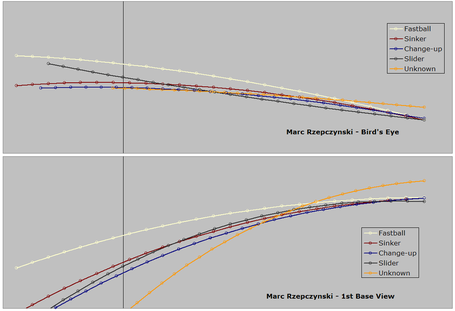 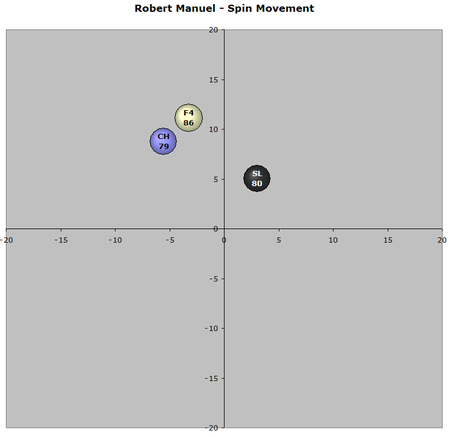 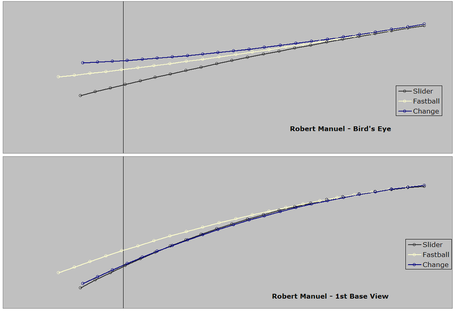 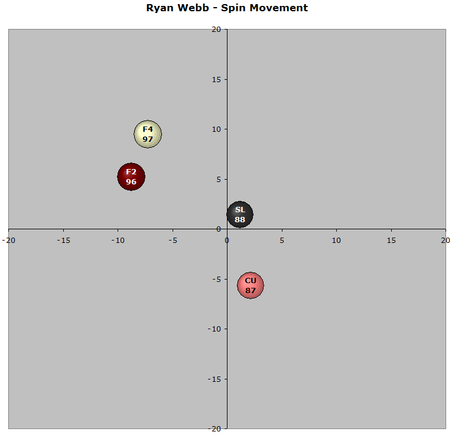 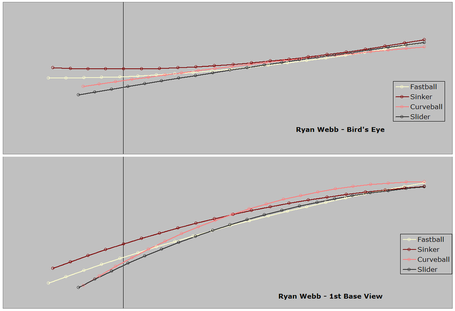 Contemplate the top-spin on that 87mph curveball. Yikes. I think Ryan Webb is worth keeping an eye on.