Erik Manning just added a member to his household with the following line:

Erik always kept asking for my "All Roscoe Team" and for a gift I will give him what he wants.  I went out and got information on all the players name Roscoe over the years... all four of them.

All the Roscoes were born before 1902 and they can't really form a baseball team or even a basketball team. Maybe they could play four-square together or play as a foursome in a best ball golf tournament.

Anyway, here you go, your "All Roscoe Team/Foursome/Drinking Buddies."

Ross Barnes (Charles Roscoe): Born 05/08/1850 in Mount Morris NY - 1871 to 1881 - Roscoe was a pretty good player in that he led the league at least once in batting average, runs scored, hits, doubles and stolen bases. He was most famous for being the best fair-foul hitter in the game. Up until 1876, a ball was fair even if it bounced into foul territory, as long as it first landed in play. Roscoe perfected hitting the ball with so much backspin that it made the ball almost impossible to field. In 1877, the rules changed and Roscoe's production dropped off. Some people blamed it on not Roscoe no longer being allowed to fair-foul hit, but it was found out later that he actually had a horrible fever. 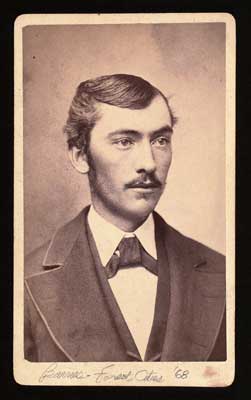 Roscoe is also the first person to hit a home run in National League history.

Roscoe Coughlin: Born 3/15/1868 at Walpole, MA - 1890 to 1891- Roscoe pitched for many different teams in many different leagues in his career other than just his two seasons in the National League, recording over 200 career wins.

Roscoe was a veteran of the Spanish-American War and claimed to be a member of Teddy Roosevelt's Rough Riders.

In 1950, he killed his wife and then committed suicide.

Roscoe hurt his wrist in a horse carriage accident in 1904, when a wheel came off the Pittsburgh Pirates' carriage and injured fourteen members of the team.