Sorry folks, Wang's arm angle didn't shift horizontally one or two feet due to mechanical changes. From a foot injury.

and Rob Neyer repeats it

According to the Pitchf/x data, Wang's velocity is fine, but his mechanics are not, as his release point last night was dramatically different than it was in April 2008

They should explain this, Wang's horizontal release point, in order, every pitch in the database. 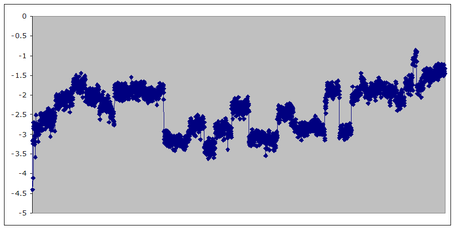 So, did he shift a foot or so from start to start, or does the data vary by park/start for say, some other reason? I can cherry pick two starts from this stream of noise and say he's golden and fine with no mechanical changes.But that would be lazy.

Instead, I remind the well meaning people who like to use the PITCHf/x data to study Wang's release and movement: If you're going to publish data and "conclusions" take the time to understand what you're working with. Doing otherwise is irresponsible.