Share All sharing options for: Graph of the Day: Placido Polanco, Mr Underrated 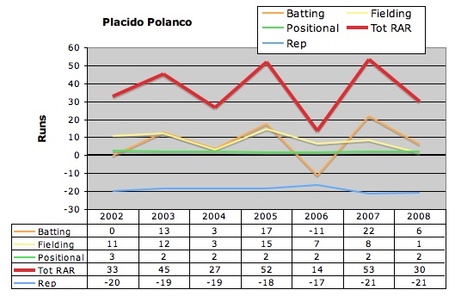 Placido Polanco has beeen average or above in every category except batting in 2006.  He was worth about 1.5 wins above replacement that season, but has been between three and five WAR every other season.  Pretty quietly, too.  Four WAR is about All-Star caliber.  In 2009, he's nearing the one WAR mark, making him about average.

All data from Fangraphs.