Share All sharing options for: Graph of the Day - 2003 Yankee Pitching Staff

In 2003 the Yankees starting rotation was loaded and garnered this cover for the 2003 SI baseball preview issue. 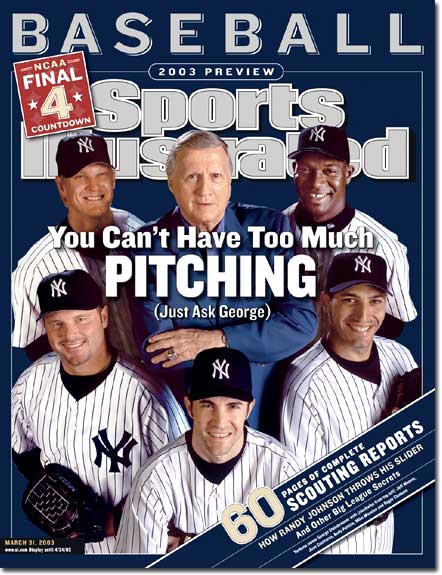 Here is the 2003 WAR values for the staff on the cover, plus David Wells:

Even though David was left off the cover, he was the second best pitcher for the Yankees that year. Here is the lifetime WAR values for the 6 starters along with a reference line for average and replacement level Hall of Famers. 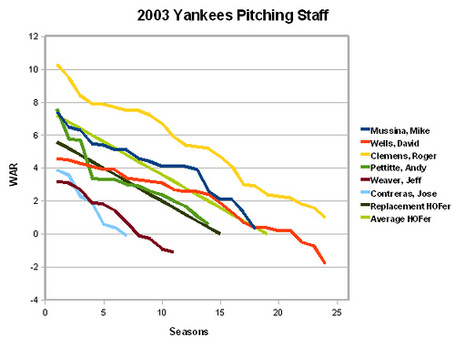