Lopez and Rodriguez (who is already back in Salt Lake) both stuck around through the Spring season and made exhibition appearances in their big league parks, so I've included the resulting PITCHf/x data for their profiles. Melancon has already made two appearances for the Yankees, so the data is piling up. Let's have at it.

*that ain't a splitter, it's a sinker thrown from a another arm angle. Maybe.

Flight paths, I'm splitting Ray into two so you can see it more easilty.  Notice the "splitter" has more sink but less tail than the sinker. 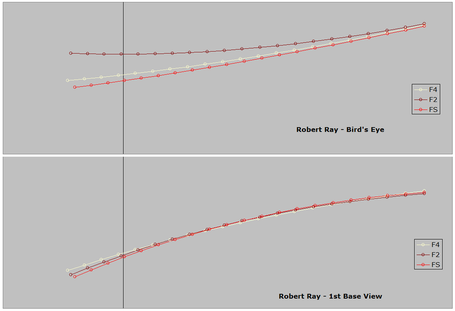 I sure hope you can see the tail difference, look closely for the sink (click images to view a larger version). 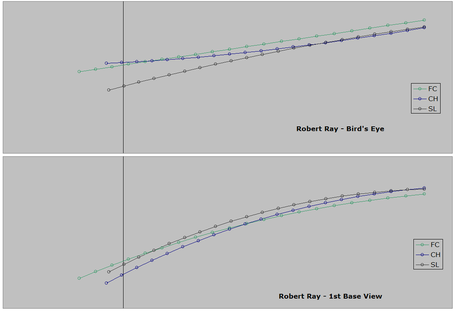 Moving on to Takahashi: 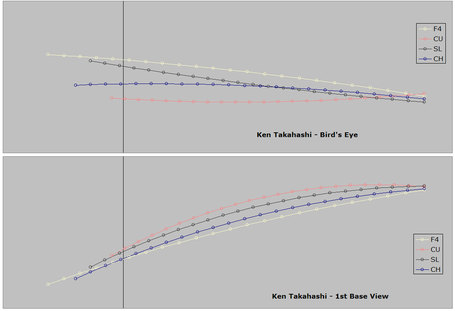 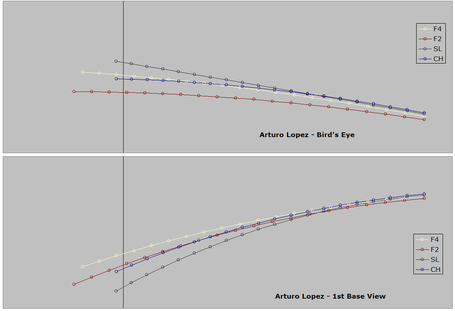 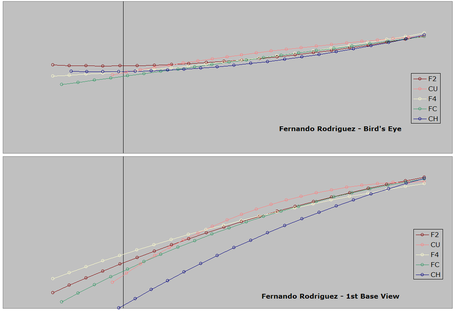 And Melancon to wrap it up: 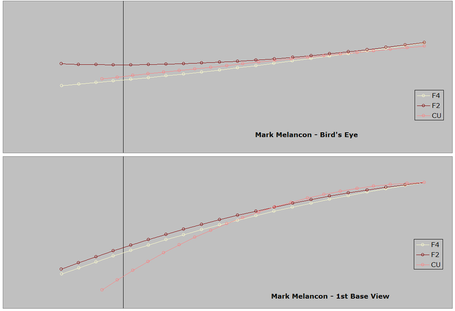