Graph of the Day: Wang's Spin Movement at Home

Share All sharing options for: Graph of the Day: Wang's Spin Movement at Home 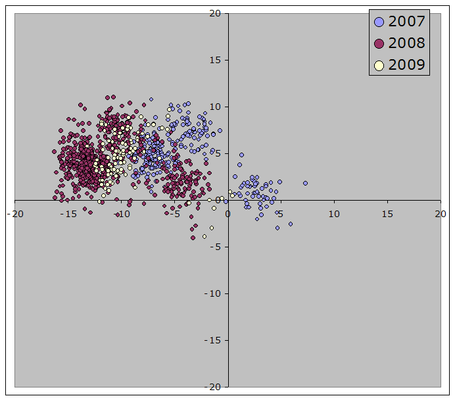 If you're saying Chien-Ming Wang's sinker has lost many inches of movement, you'll also have to say he used a screwball in 2008.  Or you can just say that Yankee Stadium was wrong in 2007, adjusted too much for 2008, and again at the new park in 2009.  Based on the slider movement, it's still off.

That makes it hard to tell what's changed with Wang without adjusting the base data.  That includes the release points, the initial acceleration and velocity values. 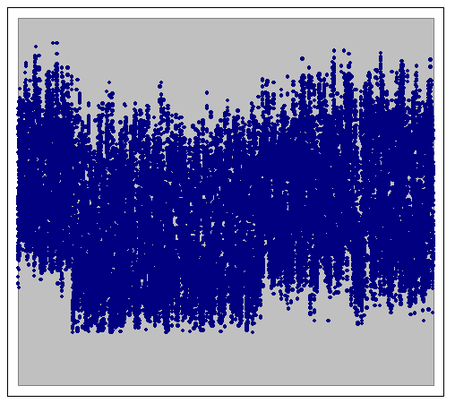