Graph of the Day: NBA WAR

Share All sharing options for: Graph of the Day: NBA WAR 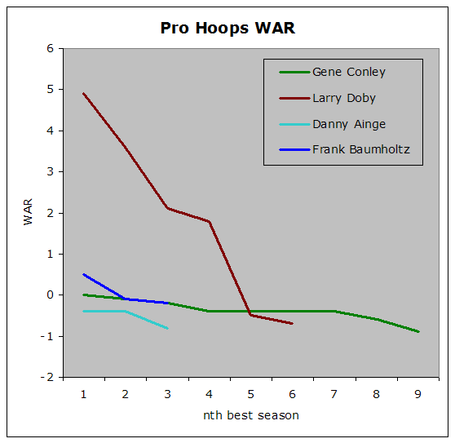 Danny Ainge made the right choice.  Frank Baumholtz goes back to the pre-NBA days.  Gene Conley was part of the winning teams from the 1957 World Series and the 1959-61 NBA Championships.  Larry Doby broke the color barrier in the AL and the ABL.  And he could really play baseball at the highest level, albeit briefly in the Major Leagues.