Graph of the Day: NFL WAR

Share All sharing options for: Graph of the Day: NFL WAR

A few days ago, philkid3 had a fanpost on the oddly impressive baseball career of Deion Sanders, you should check it out.  Other than Deion and Bo, Brian Jordan also played both sports - not at the same time.  Sames went for Tom Brown, but D.J. Dozier played Minor League ball while in the NFL, and his last season in football was also his only year with a major league appearance. 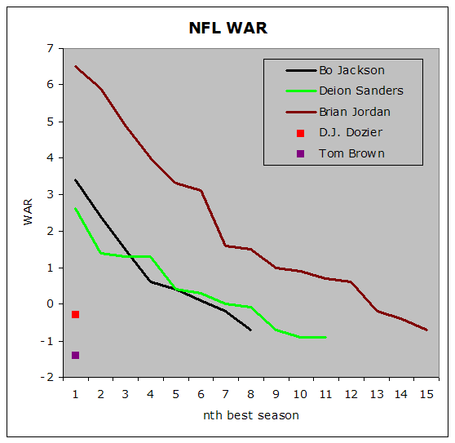 There were some pitchers and some pre-1955 players, too.  Perhaps another day...

Players involved with both sports