Graph of the Day: Throwing Fuel On The Fire

Share All sharing options for: Graph of the Day: Throwing Fuel On The Fire 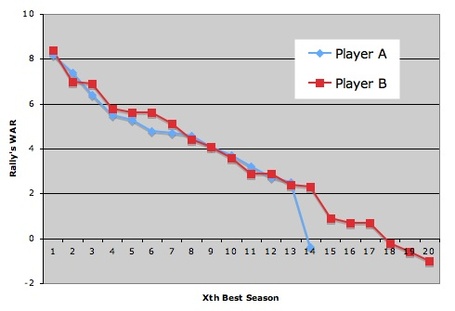 Which player has the better Hall of Fame argument based on production?  And who are the players?  Hint one: they played the same position.  More hints after the jump.  Full disclosure in the comments, eventually.