After round one in Toronto, I found that each pitcher who played in a WBC game there was throwing the ball slower than a previous outing in the same park.  Depending on which game you picked, you could find some pitchers moved a little bit, or even showed a little better velocity at the WBC.  So, the effect wasn't perfect, but it was fairly consistent.

For part two, I decided to take a different approach.  With fewer and fewer pitchers, and aware of the flaws from round 1, I decided to collect the data as follows:

Once again, even with data adjustment (or lack thereof) concerns, almost every pitcher sampled tended to throw their fastest pitches at a lower speed during the WBC.  You'll notice, as mentioned above, some pitchers will appear multiple times in this first chart: 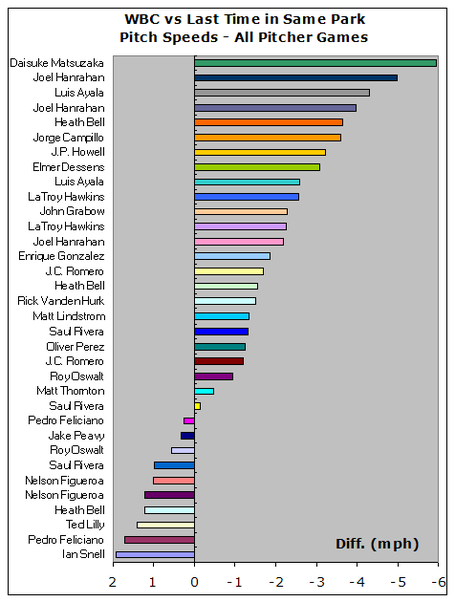 Let's aggregate the repeats.  Taking the diff from each game-game comparison and simply averaging them (each pitcher had 1, 2 or 3 games, no 4s). 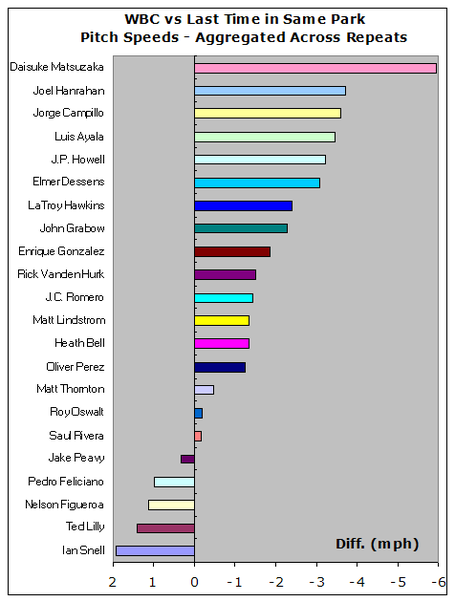 Here are the individual games for the repeats, sorted by pitcher: 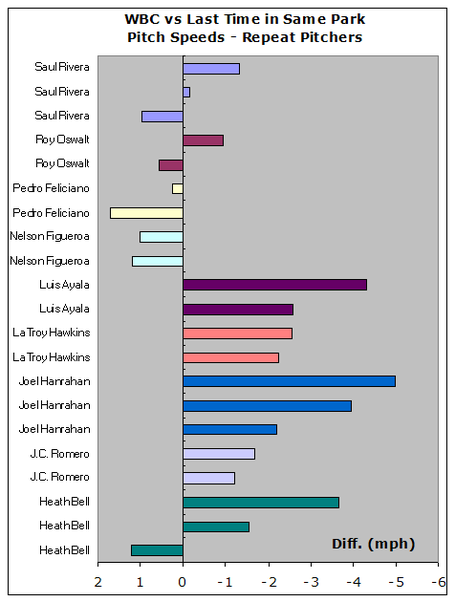 I'd say half the guys in today's sample were at or close to peak velocity, a quarter a bit below and another quarter notably below. I'd probably draw the line after Dessens in the 2nd chart.

This is all a crude guesstimate that happens to confirm the assumption that pitchers are simply not fully condidtioned at this stage.  This method certainly doesn't seal the deal, but it certainly doesn't take away from one of the most common criticsms of the WBC.