TINSTAABALEFS. There is no such thing as a bad AL East farm system, at least in terms of surplus values.

Here again are the values for each category of prospects, as figured by Victor Wang.

See the original post on the series for more info. First, the Wieters-factored Farm System Values: 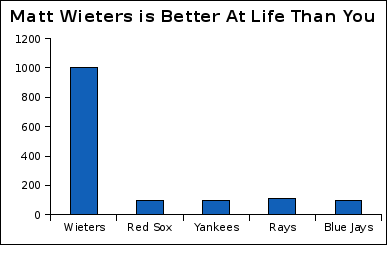 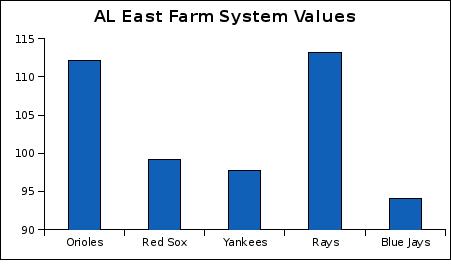 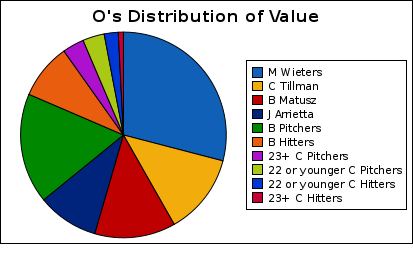 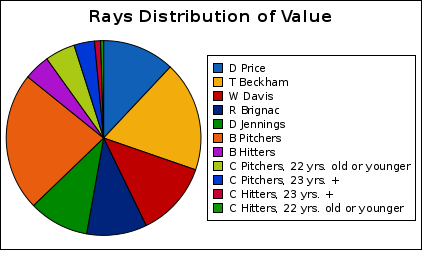 Tampa Bay Rays, $113.2M. Deep in pitching, but a little light in the hitting department. It's a minor complaint considering BJ Upton and Evan Longoria are both under 25. This is just one of the better run organizations in baseball right now, from top to bottom. It will be interesting to see how long they can continue their run as their stars age and they'll be going from drafting towards the bottom of the draft, rather than the top.

Up next: NL West.