Suk Min Yoon will face Carlos Silva in the first semi-final of the 2009 World Baseball Classic.  Yoon has made one appearance already in a PITCHf/x park (Petco), against Japan on St. Patrick's Day.

Yoon has outstanding control and quality stuff.  He gives Korea a real chance against Venezuela, although Silva has done well so far in the Classic.

Here's a tour of Yoon's stuff in PITCHf/x, based on my own pitch IDs.

The splitter is probably a two-seamer, but he may have dropped down on it - or it's simply a data anomaly.

This, for the most part, will be a visual tour.  We'll go from release to the plate (stopping at spin movement in between).  Flight paths will put those all together, and, finally, slices and layers to get another sense of where Yoon is placing the ball. 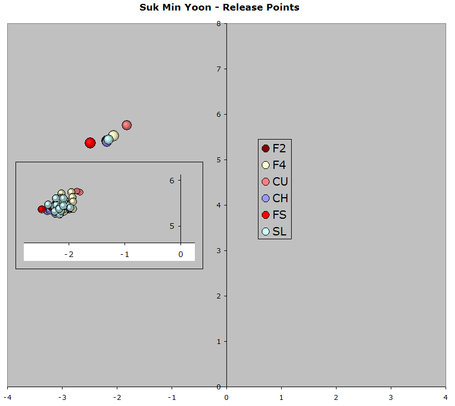 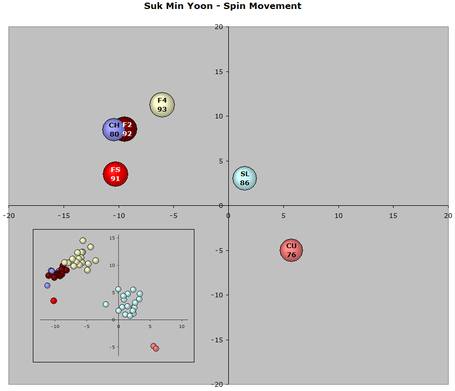 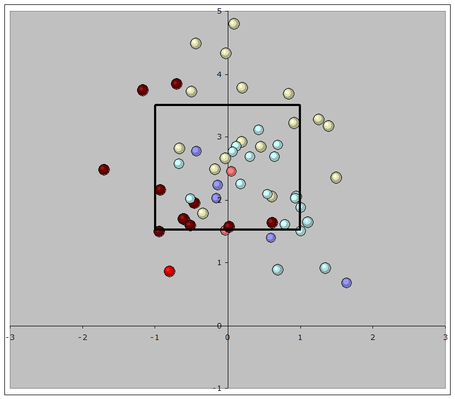 Notice how tight those plate locations are - normally I scale this to 8'x8'.  I could almost go 4'x4' for Yoon.  They even cluster by pitch, for the most part.  Notice the "splitter" down.

Remember the small/mixed sample sizes, especially for these flight paths.  First up will be each of Yoon's six pitches (messy), followed by the hard stuff, the soft stuff and, last, his primary stuff (F4,F2,SL). 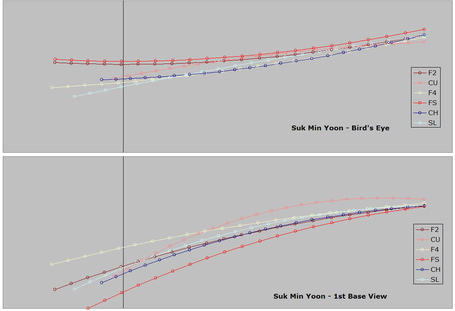 Four- and two-seam fastballs plus the alleged splitter: 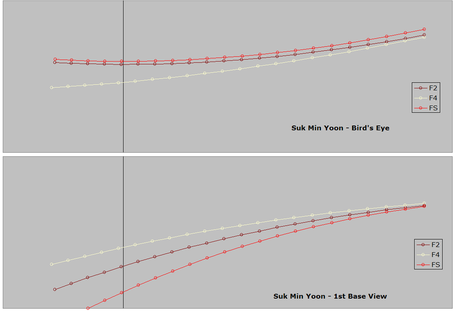 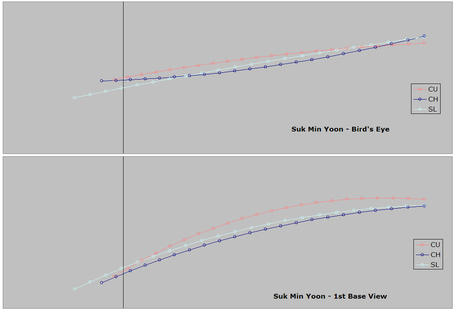 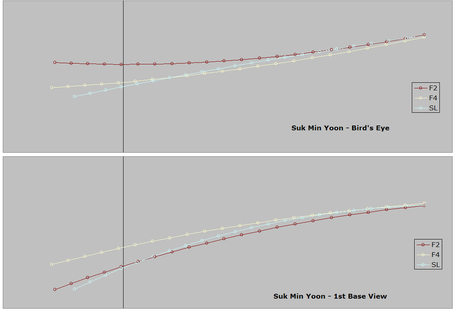 Let's take another look at those plate locations.  Here's a new take on the slices and layers - stacked by pitch type.  This way, I hope, you get not only his overall tendency, but the contribution/shift for each pitch in one shot.  Fat is 10", Out and In are 7" each (Wide and Tight are off the plate, the mythical 24" plate, that is).  The vertical layers are even thirds of the batter's zone (with the extremes out of the zone). 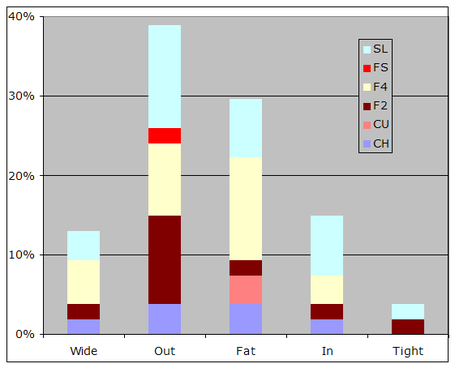 Yoon throws a lot of strikes (at least in the horizontal dimension) on the outer part of the plate.  The fact that he has more strikes there than the fat is impressive.  Normally In+Out ~= Fat  in distribution. 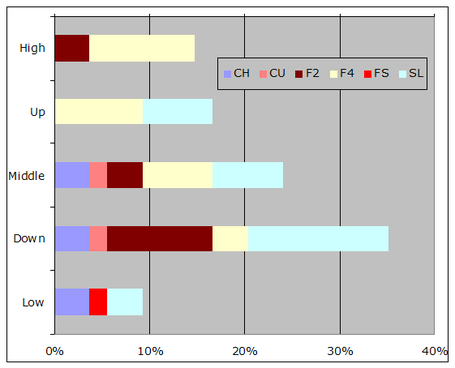 A lot of strikes down in the zone.  Silva's innings may drag, but Yoon should move quickly if he's on - good movement, velocity, different looks, good location.