Graph of the Day: Recent Greats of Third Base

Share All sharing options for: Graph of the Day: Recent Greats of Third Base 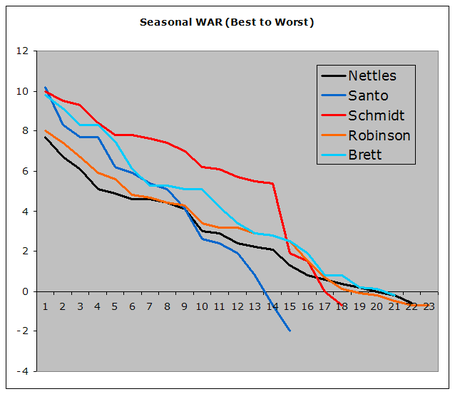 Ron Santo had the shortest career, but the best season of the group.  It's amazing how he tracked Brett's line until eight or so years out.  Schmidt was obviously a monster, but that drop off is extreme.  He was either great or mundane.  Nettles and his rubber balls had a long career, consistently beneath the long orange line of Brooks Robinson.