Share All sharing options for: Graph of the Day: Andruw Jones' Historical RAR 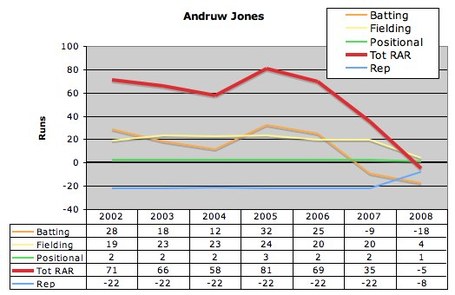 WAR data from Fangraphs.  All data relative to average, except RAR.  Rep is the RAR of a replacement-level player in the same number of plate appearances.