Back when Delmon Young burst onto the scene he looked to be worth the hype. Now the only thing that's developed is the girth of his bust, and over the first two full seasons of his career he's been a replacement level player. To his credit, his offense did improve last season, but Delmon is far more worthy of "bust" talk than Alex Gordon.

In case you ever had a doubt that Francisco Liriano's pitches move: 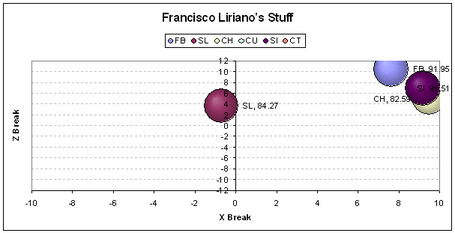 Finally, they can't truly go into the season with Brendan Harris/Brian Buscher at third, can they? Best case scenario: they form an average player, worst case: they don't.