Share All sharing options for: Examining The Remaining Free Agent Hitters by WAR

By the end of the week pitchers and catchers should start reporting to Spring Training. Yet, we've still got a great many well known free agents who haven't found a team to sign with. I thought it would be interesting to examine the level of talent that's left on the free agent market as we close up these last few weeks of the offseason.

On to the plot: 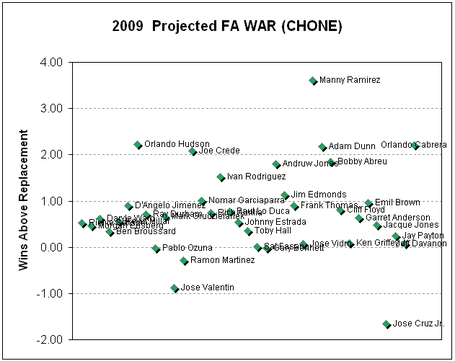 Comment Starter: Any projection jump out at you? Just how many of these guys will remain unsigned by the time Spring Training starts?