The DiamondView series rolls on, and as promised, we will proceed division-by-division in reverse standings order. We covered the Yankees over the weekend; for more details please review that article. This time out, our graphical high vizier Justin Bopp has added the positional average as a transparency to each image. Please provide feedback, as we will continue to improve this series. 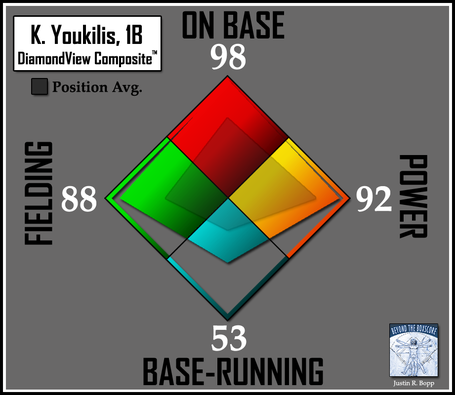 The Greek God of Walks was as true to his name this year as ever. He combined his renowned patience with his newfound (as of 2008) power. A two corner player, Youkilis can also pick it at first. His biggest weakness is his base running, but as the lovely transparency shows, he flies past his one-sacker peers. Fun fact: his OPS has never declined from one season to the next during his major league career. 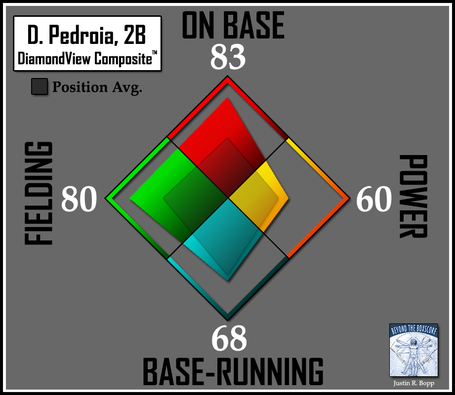 Dustin Pedroia is significantly better than the average second baseman as a fielder and at getting on base. As a base runner and as a hitter for power, he is merely average. Luckily, the two things at which he excels are more valuable than the two things at which he is pedestrian. I'll have you know I spent the last several minutes resisting portmanteau: Pedroiestrian. 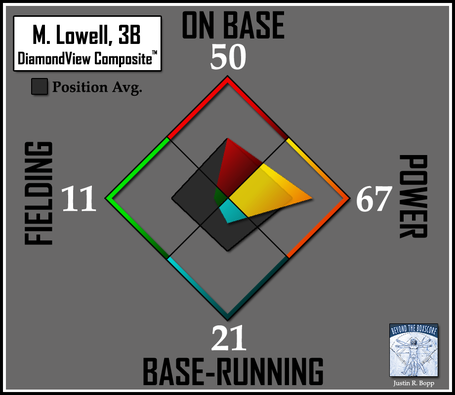 When you park-effect away the hitting skills, Lowell is pretty badly exposed as a regular, especially on a first-division club. You can hardly blame the Red Sox for trying to move him, though you can certainly blame his injuries for their failure to do so. 2010 might be an adventure out there, particularly if surgery chips away at Lowell's power, clearly his only remaining asset. 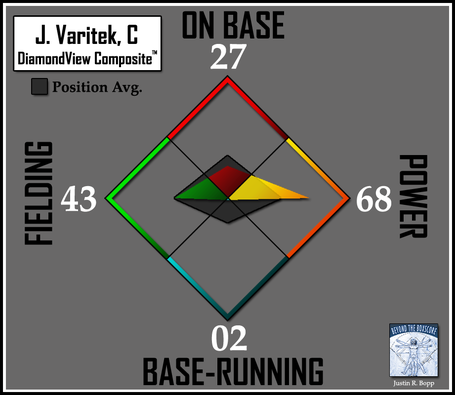 Don't let the fielding fool you (we're still using a position average figure for catchers), Varitek is no good. While he may be pretty decent at blocking the ball, he has few other baseball-related virtues. His power doesn't quite offset his poor on-base skills, and his base running is in hide-the-women-and-children territory. There just isn't much left in his tank. 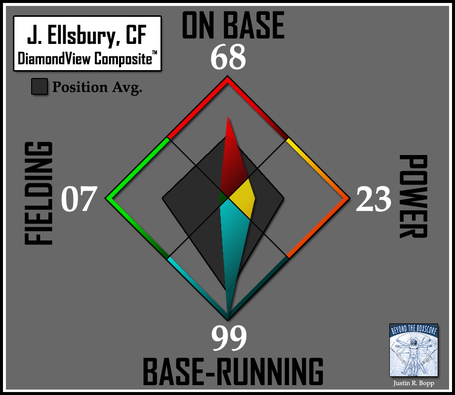 The man who just wanted to buy the world a taco will also help you find the north star. There are plenty of people ready to throw out 2009's UZR data for the Red Sox, but wouldn't it be safer to assume that Ellsbury is neither an above-average fielder nor a terrible one? His power may yet develop, but as a college guy (I see you, Beavers fans) he's already 26. On the plus side, on-base skills can be tough to teach, and Ellsbury's already pacing the competition in that department. 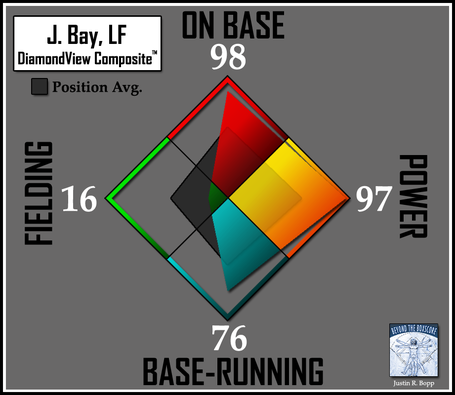 Bay is a good hitter. That does not mean we should throw out all UZR data from LF at Fenway simply because the last two guys to man the position have come up wretched. Even if I were prepared to do such a thing, why accept Drew's numbers while rejecting Bay's? Ought we declare a total mulligan on Fenway defensive statistics? Or should we simply temper them toward average slightly? Post hoc modifications are the bugaboo of even the greatest minds, but I'm not buying it in this case. 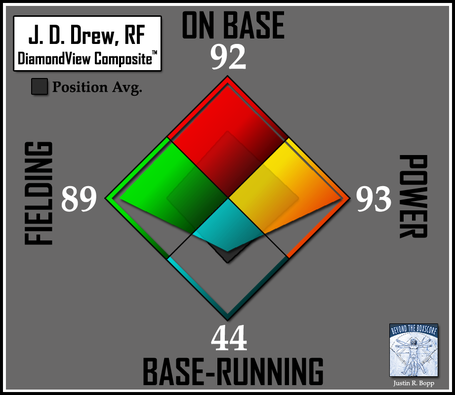 I guess he doesn't run well? See, it just sounds petty when you say it like that. 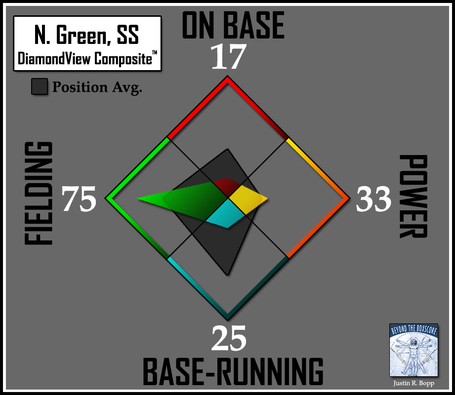 Here at Beyond the Box Score, we stick to our guns. Since Nick Green had the most PA of any shortstop in Boston, he--and only he--gets a chart. It's not pretty, but it does show you why Nick Green might hang around as a Quad-A utility guy for a few more years.

Next up: Tampa Bay Rays