I am very pleased to announce our newest series, in which we will give you a peek at the hitting performances from 2009, team-by-team, division-by-division, using Justin Bopp's excellent DiamondView. The honor of going first falls to the World Champion New York Yankees. But first, let me explain what our data expert (Jeff Zimmerman) and our graphics expert (Justin Bopp) have cooked up for you all.

There are four categories per player: defense (UZR/150), speed (EqBRR), power (ISO), and on-base (OBP). Each category is scaled as a percentile of the major league totals (for more details, see the original article linked above). Also included on each chart (in dark tones behind the image for the player) is the positional average at the player's dominant position. Justin then sprinkles his magic graphics dust (I really have no idea how he does it), and the results are like you see here.

Three caveats before we begin. First, we have excluded the DH because it's abhorrent to the spirit of baseball since there is no meaningful way to rate their defense. Second, the data used include only last year's performance. Finally, catcher defense remains problematic, so each catcher is given the same defensive mark. This is certainly not optimal, and we'll see if we can't come up with a better way to do things going forward. If you have a suggestion, please leave it in the comments.

Without further ado, here are the 2009 New York Yankees. 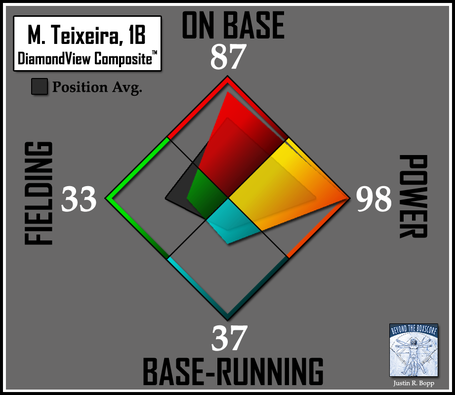 UZR didn't like Teixeira's 2009 season one bit, but Yankee fans tell a different tune. In all likelihood he'll bounce back with the glove next year. That'll make him a nearly all-around player, as you can see his hitting is phenomenal. I think he likes his new home park. 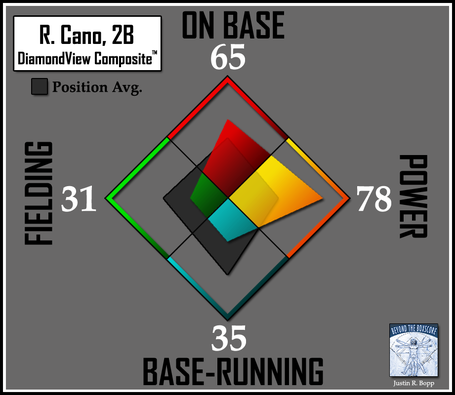 Cano put together a nice season with the bat for just about any position, but especially for the keystone. He's not a great baserunner and his fielding is below league average, but so long as the bat plays, Cano plays. 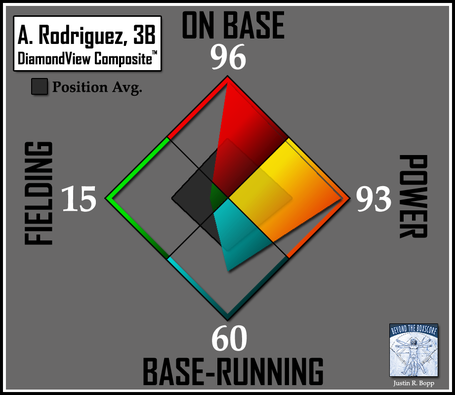 The fielding is the only thing that keeps ARod from retaining "complete player" on his list of titles (which now, thankfully, includes "The Man Who Destroyed the Myth of Clutch"). It makes me wonder about the accuracy on an individual basis of the fielding spectrum, at least insofar as players can move fluidly across it. Imagine a world where ARod stuck at short. 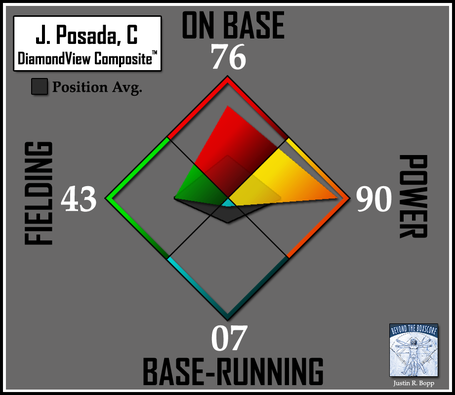 Posada versus the aging curve! Sometimes, the best way to win a race against time is to start late. Since Posada didn't become a regular until age 26 in 1998, he is able to put up an ISO that is in the 90th percentile of all players at age 37. He's death on the base-paths and may see considerable time at DH over the coming seasons, but there's still a lot of color on that chart. 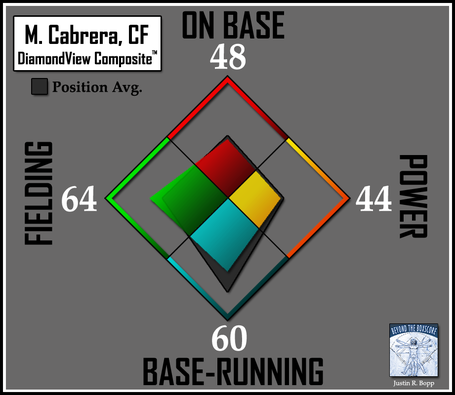 The number one way to get a rise out of a Yankee fan is either to praise or disparage Melky Cabrera. I'm not sure why a player who is so close to league average causes so much disagreement, but it may be because it is sometimes hard to look at league average and appreciate it. He might have been over his head in '09, but he's earned an every day job. 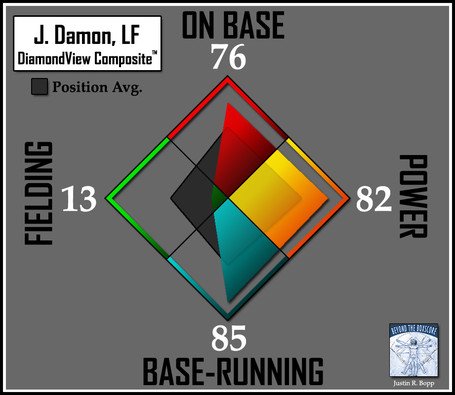 He's flying that kite-shaped set of tools to free agency, and likely won't be Bomber in '10. His fielding, never world-beating, is approaching liability status. His bat has turned out to be quite the asset, and he still turns it up on the bases. He'll fall back on offense and bounce back on defense and will provide moderate value somewhere. 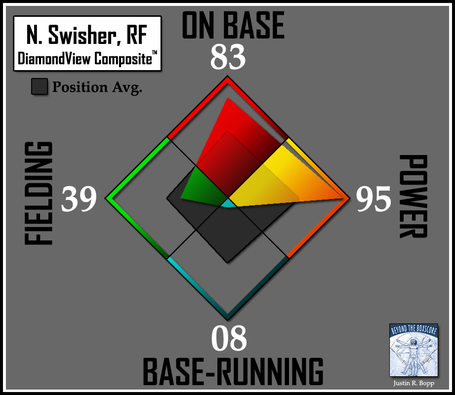 Not to be confused with the rap collective that frequently finds itself posted up in a parking lot, Swisher's house is built on a foundation of plate discipline and prodigious power. Tough to believe that he was traded for peanuts a year ago. Anyone heard from Jeff Marquez or Wilson Betemit lately? 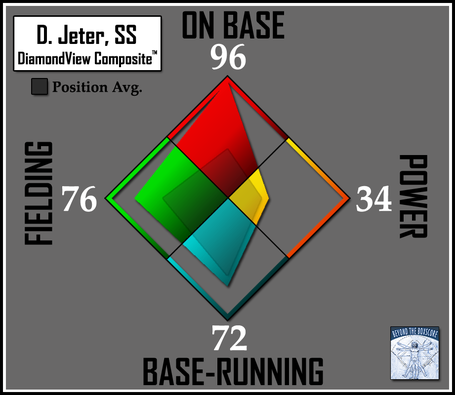 Praising Jeter's tangible skills is the new hating on Jeter's intangibles and defense.

There are two camps in the sabermetric world: those who believe leadoff skills are unique and those who believe batting order is a Triassic relic. I happen to fall into the former group, and Patriot has demonstrated Jeter's excellence at the essential leadoff skills. His 96th percentile on-base skills are the best thing you could have getting five plate appearances a game, and his base running acts like a force multiplier.

Next up: Boston Red Sox

editor: Updated all images to include transparent position averages. - jbopp