Share All sharing options for: Speed Check - AFL vs. MLB

Stephen Strasburg's fastball is raising some interesting questions. While Strasburg was on the mound on Monday, a Tweet and an email (so old fashioned) came in asking about the Surprise, AZ, PITCHf/x data. Was it hot?

Strasburg throwing 101 was a surprise to many, and seeing him sit near 98 for a few innings raised more questions. I took a look at the two PITCHf/x installations in the Arizona Fall Leauge (Surprise and Peoria) this morning at the Hardball Times.

The basic conclusion was, no, the system in Surprise isn't hot. Relative to Peoria, that is.

Assuming the two systems are pretty much on par, the opportunity came up to compare AFL pitchers to themselves as MLB pitchers. Using release speed (55 ft. from home plate) I was able to compare data from 14 pitchers.

Nothing fancy and statistical, but, as you browse the baker's dozen + 1 set of images below, I think you'll probably reach the same conclusion I did.

The years shown in the parentheses indicate the MLB seasons the pitcher appeared in. The scale is to the game (actually at bat) and varies by pitcher. September 2009 call-ups will have a vastly different x-axis scale compared to a pitcher who worked back in 2007. But it's the y-axis (MPH) that matters. 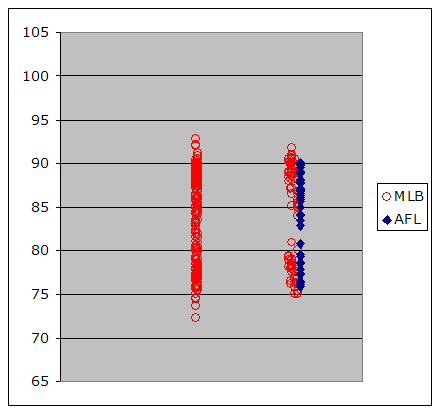 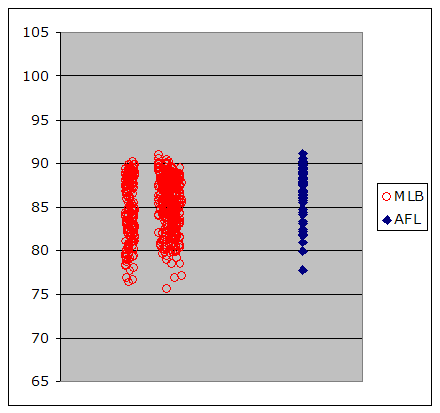 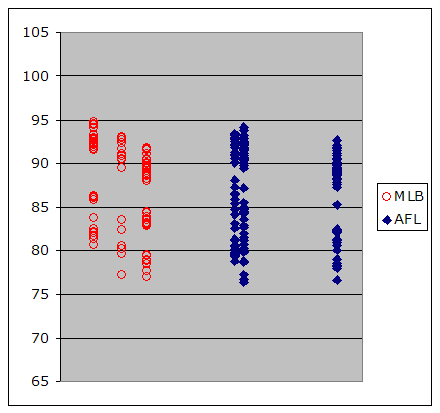 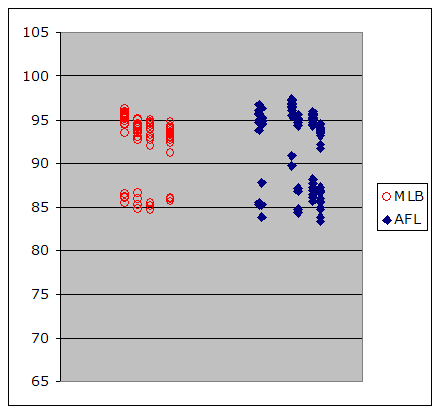 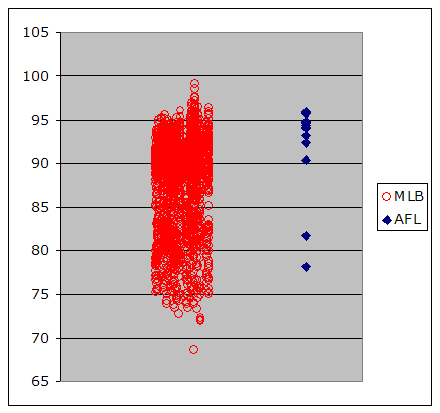 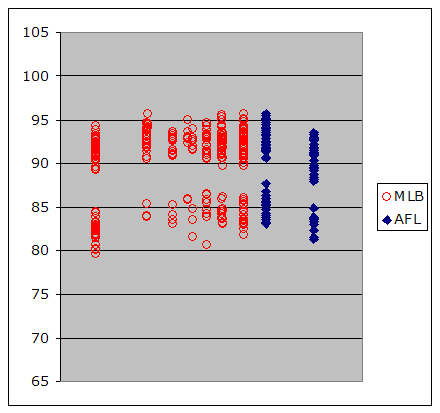 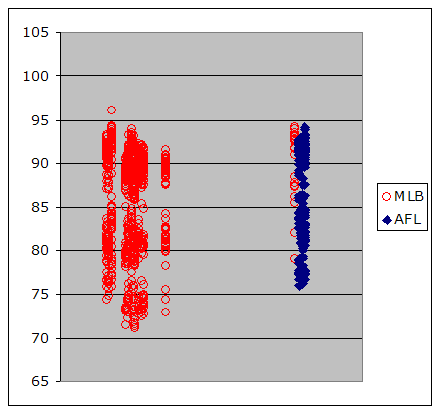 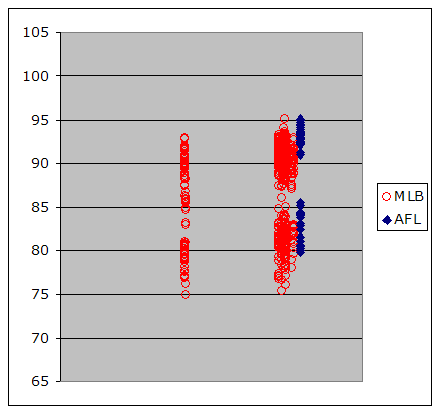 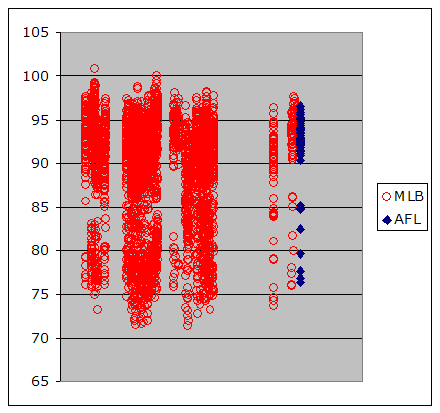 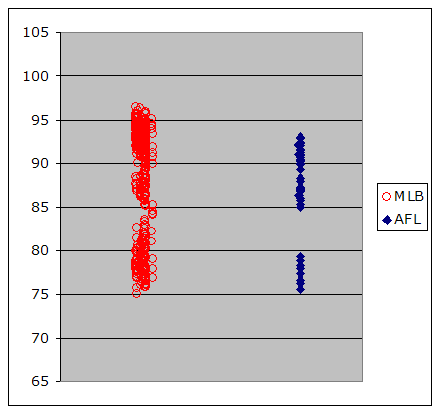 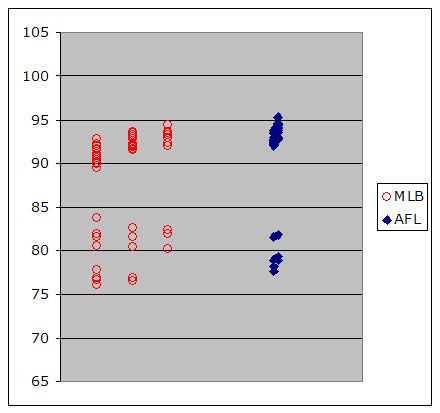 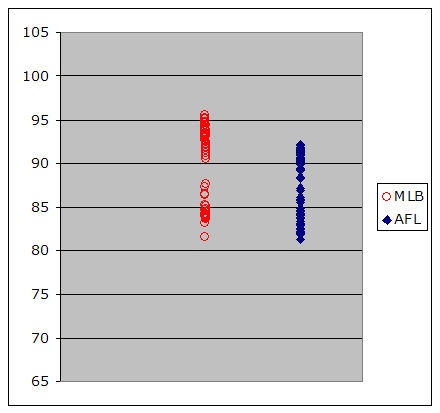 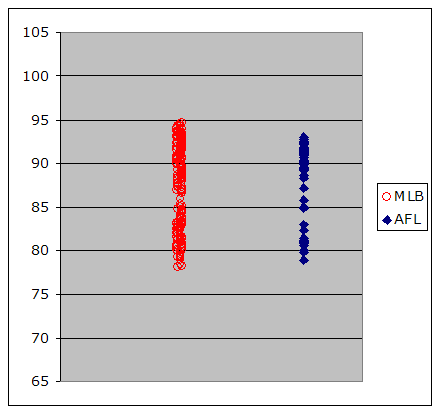 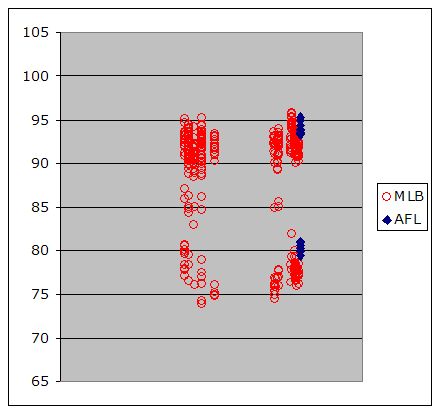 AFLf/x ain't hot if you ask me.