A few months ago I looked at the negative WAR teams accumulated from 2004 to 2008. Since the 2009 season is over, it is time to look at how teams did this year at limiting the amount of negative WAR players on the field. If a player played for two teams this last season, I only took the partial seasons that were negative. Fangraphs only has combined WAR, so if a player had a negative value for one team and larger positive value for another I did not find these instances. My final numbers might be a little less negative than they should be because of this limitation. Here are the results with comments and table of exact values after the jump: 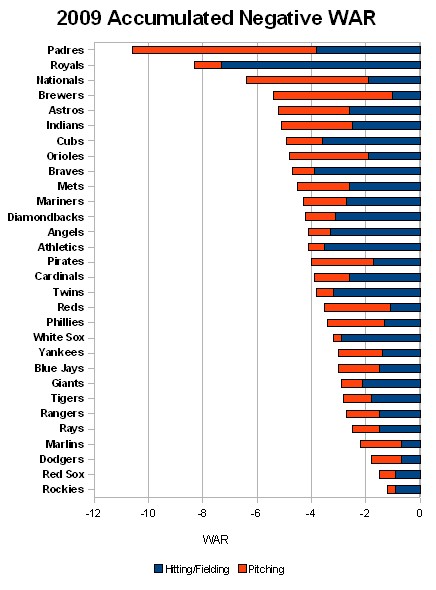