Share All sharing options for: Playoff Teams Defense Analysis - How They Got There and What to Expect - American League Edition

A couple days ago I publish the look at the defensive stats of the teams that made the playoffs in the National League.  Now it is time for the American League.  For this analysis, I will be using UZR data from from Fangraphs.com. I computed the numbers a few days ago and waited for the season to end.  Fangraphs updates their numbers on Monday so these UZR are not from this Monday but the Monday before that.

First, here are the totals of all the AL teams in the playoffs: 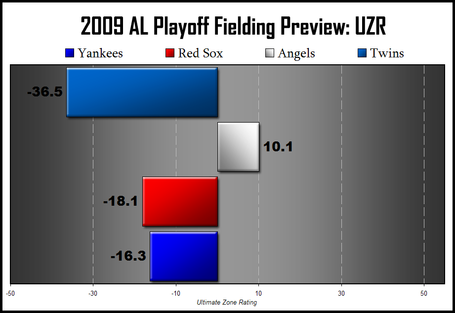 Besides the team totals, the UZR can be broken down to individual positions. Here is a comparison of each of the 4 teams by position totals. 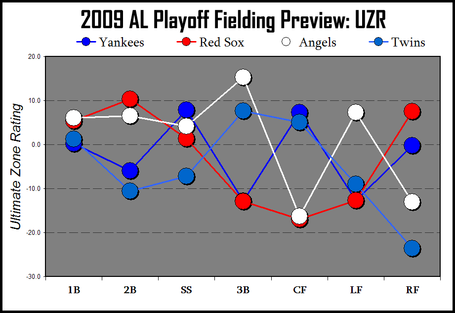 None of these team were great in the field and shows by the variations from position to position.

Even though these graphs show how a team did during the season, it doesn't show what to except in the post season.  For example, the Angels missed Tori Hunter for a while due to injury and the players that replaced him might explain the low ranking in CF for the Angels (actually Tori had a pretty bad year in CF). For each team, I went ahead and calculated the true UZR value of each player projected to start in the playoffs.

For those that need to know, it was a 5-4-3-2 weighted average of seasonally regressed values to 125 games with no final age adjustment. For example, Derek Jeter had a 6.4 UZR for 2009, but taking into account his previous seasons his true talent level is near -1.7 UZR.

So here is a look at each team's 2009 numbers and the true talent level of the players expected to play during the post season (I will add more as needed - when injuries happen or if I happened to miss someone). 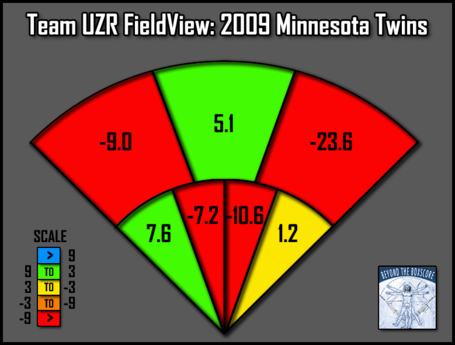 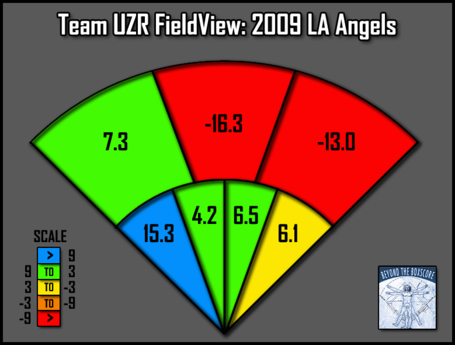 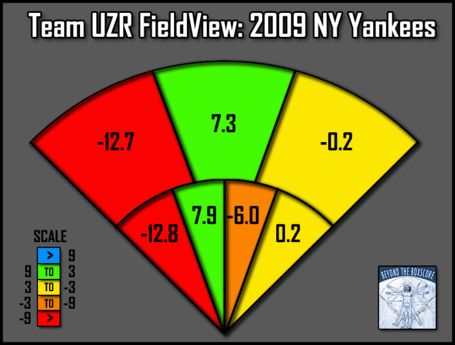 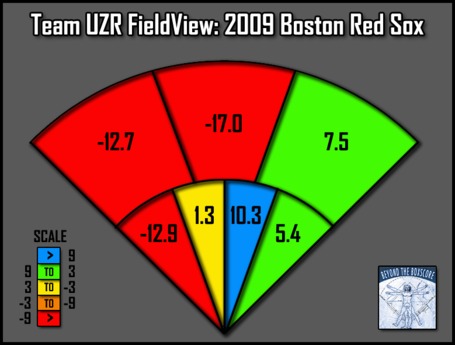 First, thanks to Justin for supplying the graphics and let me know if any players might be seeing playing time in the first 2 rounds.  I am not going to go through all possible lineups once the DH is added and removed in the World Series until two teams qualify.