Welcome to BtB's pre-game analysis of the playoff game between the Minnesota Twinkies and the the Detroit Tiggers (sorry, the Royals fan in me is still bitter both teams just beat us out for a playoff chance). This postseason, BtB plans on having a gameday thread for each game along with some advanced analysis. I will be putting up umpire, lineup and defensive analysis.

Full analysis after the jump.

I will not be arguing balls and strikes, more I want to show where each individual umpire calls ball and strikes vs right and left handed pitchers. It will be more of a heads up on what type of strike zone to expect and where pitchers will need to locate in order to have the most success.

Randy is very much a hitter's umpire. Of the 72 umpires that umpired over 20 games in 2009, he ranked 11th in runs scored per game, allowed the 11th highest total in BB/game and second lowest number of strikeouts per game (thanks to The Spread for this data). Here is a look at his strike zone for left and right handed hitters: 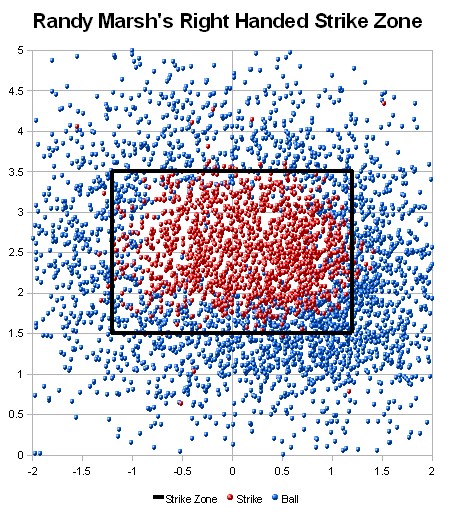 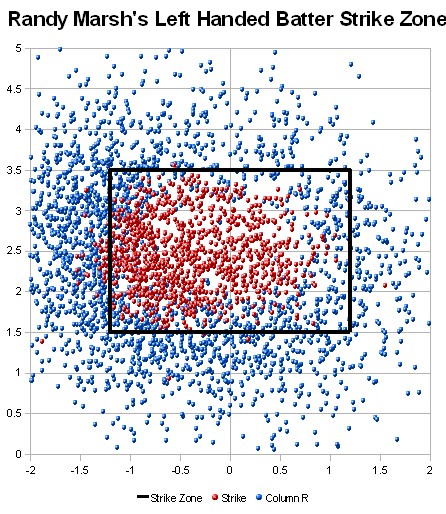 Randy doesn't like to call the inside strike or anything low. For strikes today, pitchers will need to locate to the middle and outside.

I will be using a regressed weighted average to get the UZR values for the starting players (data to be published after lineups released).

Graphs of the team's defenses: 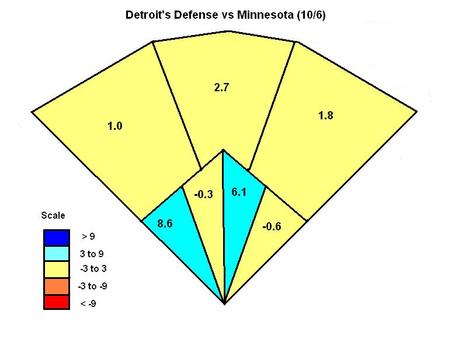 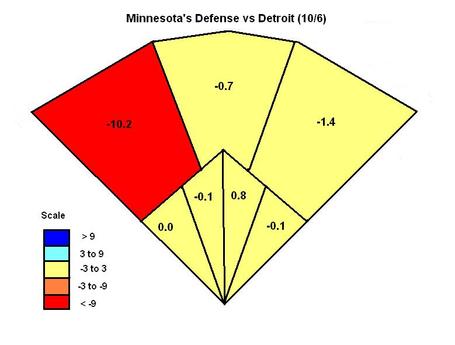 UZR Totals for the teams:

For each batter, I generated a projected true talent level in OBP, SLG, and wOBA vs RHP and LHP. For these values I used a weight of 1/3 for 2009 season regressed to 500 AB and 2/3 2009 Marcels projections. Also, there has been shown a penalty for players coming off the bench to hit. For all the non-starting players, their numbers show this penalty. For the lineup information, I will be using baseballmusings.com's lineup generator to get a projected number of runs scored (data to be published after lineups released).

Sorry, but I found a couple of problems with the lineup analysis I planned on doing, mainly not having Detroit ready to go. I will make the data available, as soon as I corrected and collected the data. I know everyone was just sitting next to their computer refreshing for this information, but you will just have to wait. I hope to have it ready by game time.

Link to Lineup projections and here is the summary

I guess better late than never on these:

Link to Lineup projections and here is the summary